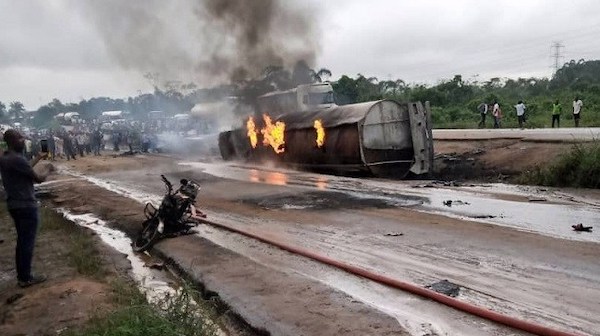 The incident, according to statement from the state fire service, occurred at the Kofar Ruwa area of Kano metropolis, claiming the life of the victim.

Speaking on the incident, Kano State fire service spokesman, Saidu Mohammed, who confirmed the incident, stated that the fatal incident occurred late on Monday, at the Audu Manager fuel servicing station on Kofar Ruwa Road in Dala Local Government Area of the state.

Although, the cause of the explosion at press time has not been established. But Saidu assured the public that investigation was ongoing.

He explained: “We received a distress call from one Bello Musa at about 10:31 p.m. that a petrol tanker was gutted by fire at a fuel station on Kofar Ruwa Road.

“On receiving the information, we quickly dispatched our personnel and vehicle to the scene of the incident to rescue the victims.

“A 25-year old man, Adamu Salisu lost his life in the fire and the corpse was conveyed to the Murtala Muhammed Specialist Hospital.

“The cause of the fire and property loss is still under investigations,” Saidu said.