Home » Graffiti » Pharisees of the West 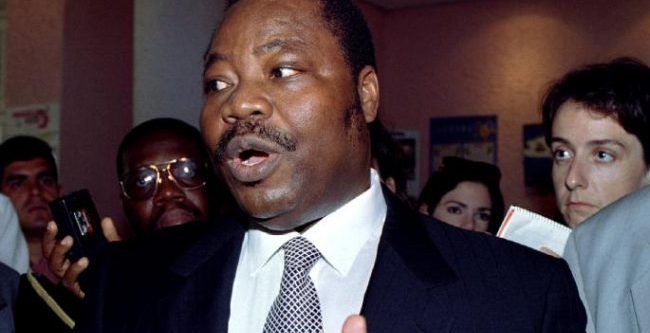 Life has been described as a rat race; a race for survival or pursuit of happiness in which only a few get close. As we grow older, we begin to have a “higher calling”. Believe it or not, a lot of people shut their ears to the call while others answer to an imaginary call.

The Russians are popular for the ingenuity of the AK 47 assault rifle despite their huge petroleum and vodka production. The Chinese are reputed for their food and architecture, the United States of America for disseminating “Democracy”. The British claim theirs is the common law. The law that influenced the legal system of one-third of the world we live in today. A system that ought to take seriously the value of consistency with principles developed over time and applied in similar cases. In truth, despite the reputation of the Royal Navy and the Monarch, the greatest pride of the British people remains their laws. This pride is mirrored by the words of Nigel Farage when he said that the U.K justice system is the envy of the world.

Quite a number of us however think otherwise and the credence of our position breaths on the fact that there are a lot of British citizens who have refused to allow their voice of reason to be lost in the sea of hypocrisy. Notable among them is Alan Bennett who strongly believes that they excel in hypocrisy. The double standard of the U.K and her allies is startling and devastating on its witnesses such that the journey for her restitution will best begin at a mental sanitarium. A lot has happened in recent times that prove this ranging from her position on the Syrian war to human rights issues of refugees and immigration and most recently corruption; particularly the case of ENI/SHELL, Malabu and the Nigerian Government.

Corruption is a disease which no country, religion or people are immuned from. Its effects on national and international development are mortifying and must be fought with all resources. The operative word here is “all”; not enemies of the west alone nor enemies of their friends. This is imperative because quite a number of us are concerned about what the future holds for a world where the U.K and are allies function as mercenaries of a few for the oppression of others.

Yes the theme of their campaign reads: “For the promotion of Transparency and Accountability”, but then again we ask- Isn’t what is good for the goose good for the gander? The U.K and her allies have drifted from the truth and the mask of deceit they wear has morphed into their true face. Eric Arthur Blair already told us since the last century that “In a time of universal deceit, telling the truth is a revolutionary act”. They must tell the truth about OPL 245 and what they seek to gain in their agenda to further to further divide the people of Nigeria by empowering a few and consciously crippling the others.

The submission by JP Morgan at the London court that the UK anti-money laundering unit, Serious Organized Crime Agency (SOCA) authorized the transfer of $875 million to Malabu for her interest in OPL 245 further opens our eyes to what was only previously seen through the eyes of the blind: the UK is notorious for her double standards. Did the UK government tender any rebuttal to that revelation? No! It is safe to say that the UK government through its anti-money laundering agency checked all the boxes of the transaction and issued it a clean bill of health.

There are a lot of questions that beg for answers and it is only the UK government and her allies that can provide them. What does the UK want in OPL 245? What exactly did the promoters of Malabu or her associates do to the WEST? Will the minorities of the Niger Delta ever get justice from the international community for the decades of oppression and marginalization that they have sponsored?

Alright, let’s assume that the UK and her allies are really trying to save the world from its vanity, but let it be done with equity, natural justice and good conscience. As it stands, it is fraught with discrimination with regards to tribe, power, and wealth. It shouldn’t just be a case of justice been done, let it be seen as done.