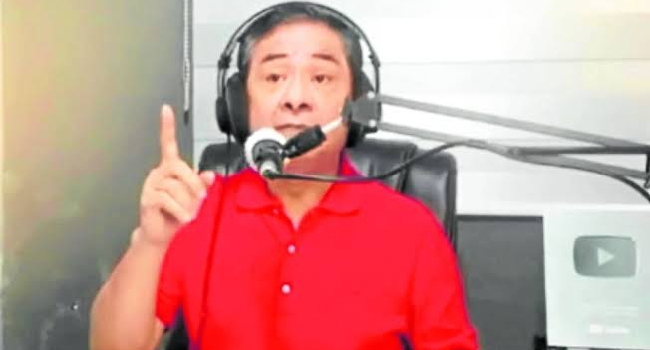 The Philippines Bureau of Corrections Director-General, Gerald Bantag, has been accused of ordering the murder of a prominent journalist and government critic, Percival Mabasa, who was gunned down on October 3, sparking international alarm over the safety of journalists in the country.

The accusation was made on Monday by the Philippine police in a statement indicting the now suspended prisons chief in the murder of Mabasa also known as Percy Lapid on his programmes, by a gunman, Joel Escorial, in a Manila suburb.

The police said it has already filed murder complaints against Bantag and his deputy security officer, Ricardo Zulueta, following a confession by Escorial who surrendered to authorities last month out of fear for his safety after police broadcast his face from security footage.

Bantag and Zulueta have also been accused of ordering the killing of Cristito Villamor Palana, one of the prison inmates who allegedly passed on the kill order to Escorial.

Palana was suffocated with a plastic bag by members of his own gang after Escorial identified him to police, the police said.

According to the police, Bantag allegedly ordered the murder of Mabasa following the “continued expose by the latter of the issues against the former on his show,” Eugene Javier of the National Bureau of Investigation told reporters.

Mabasa was an outspoken critic of former president Rodrigo Duterte as well as his successor Ferdinand Marcos’s policies and aides.

Five persons including gunman die in murder-suicide in Maryland, USA