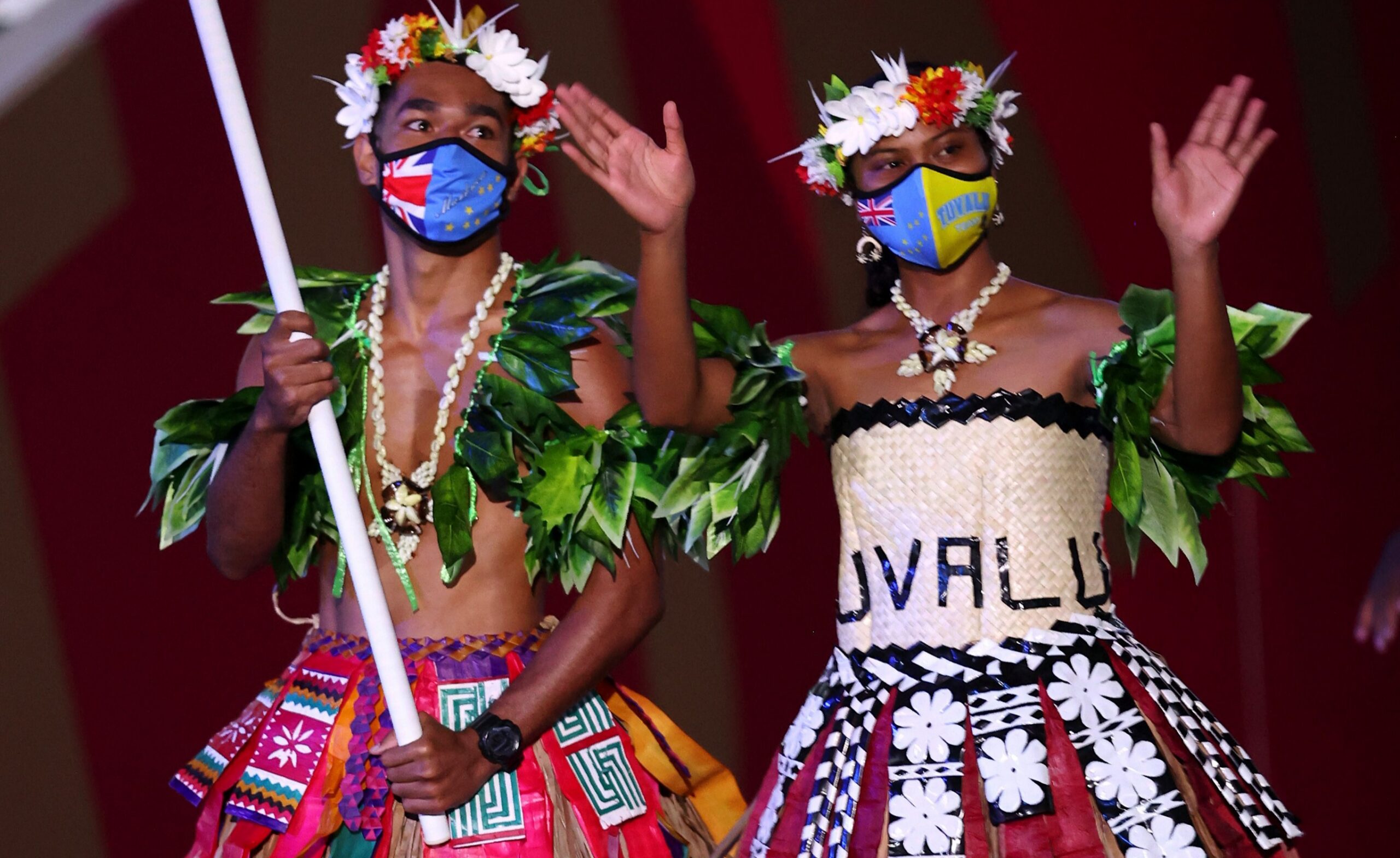 The rescheduled Tokyo 2020 Olympic Games have officially kicked off on Friday with the opening ceremonies featuring so much glamour during the parade of athletes.

The Games, which was initially billed to hold in the summer of 2020, was pushed forward by a year because of the coronavirus pandemic but the event retains its title.

The opening ceremony held in the capital city of Japan was without spectators, although 1,000 VIPs and delegates were allowed to attend, including Japan’s Emperor Naruhito.

The first athletes that entered the stadium were from Greece, the historical home of the Olympic Games.

And for the second time in its history, the Olympic Games welcomed the IOC Refugee Olympic Team!

Leading the delegation into the stadium were the flagbearers, swimmer Yusra Mardini and marathon runner, Tachlowini Gabriyesos.

Below are other photos of athletes representing their respective nations:

Meanwhile, a huge amount of drones – over 1,800 of them according to figures from the Stadium – formed a ‘globe’ floating above the venue of the ceremony.

Speaking at the event, IOC president Thomas Bach said: “Today is a moment of hope. Yes, it is very different from what all of us had imagined. But let us cherish this moment because finally we are all here together: the athletes from 205 National Olympic Committees and the IOC Refugee Olympic Team, living under one roof together in the Olympic Village.

“We can only be all together here, because of you, our gracious hosts, the Japanese people, to whom we would like to express all our appreciation and respect.”