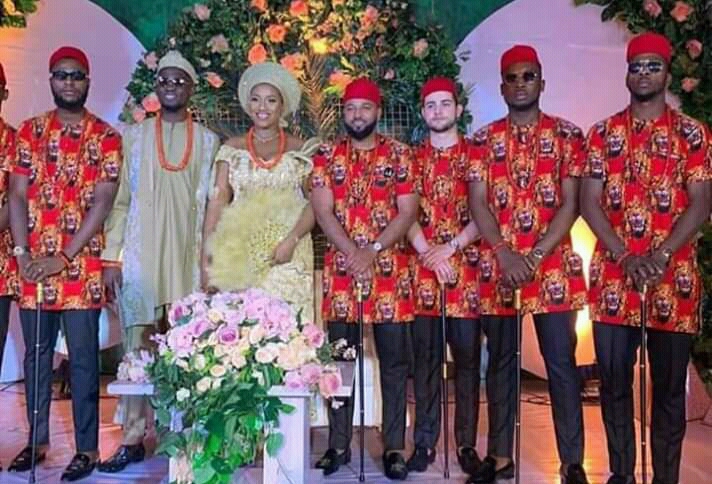 In a traditional wedding ceremony in Abuja on Wednesday, Super Eagles midfielder, Wilfred Ndidi, tied the knot with his heartthrob, Dinma Fortune.

This is happening less than a week after the Leicester City star flaunted his girlfriend in a video on Twitter.

In attendance at the weeding was his club and international teammate, Kelechi Iheanacho, some other close friends, and ex-international, Nwankwo Kanu (Papilo).

Reports say, Ndidi, who finished this season’s campaign as the best tackler in the Premier League will host a white wedding very soon.

Fortune, a medical student, have been dating Ndidi for a couple of years now, and both of them have known each other since they were teenagers.

The 22-year-old midfielder is now expected to cool off with his wife for the next couple of days before linking up with the Super Eagles in Asaba for the 2019 Africa Cup of Nations preparation.

The moment Wilfred ndidi @Ndidi25 step on the dance floor with his new wife
Watch and see… pic.twitter.com/hwk4TLFJeC