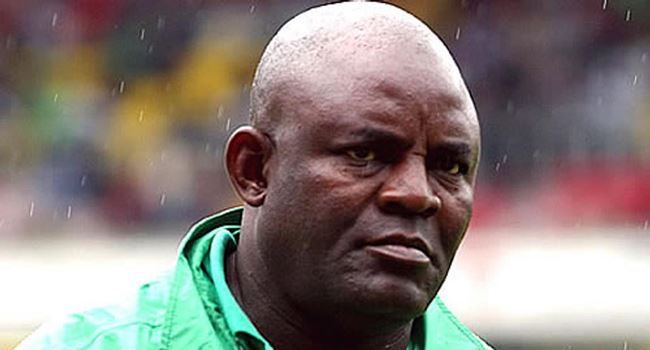 Former international and ex-Super Eagles coach, Christian Chukwu has advised team manager Gernot Rohr on what to do to win this weekend’s match.

The Eagles, who need just a point to qualify, are billed to face the Squirrels of Benin Republic in a matchday five encounter of the Africa Cup of Nations (AFCON) qualifiers.

Rohr is currently leading preparations as players and officials are already in the camp ahead of the March 27 clash in Porto-Novo.

Speaking in a chat with the Guardian, Chukwu, who coached the Super Eagles between 2003 and 2005, pointed out that the Beninoise would be tough on the ball and the Eagles must replicate same.

The 1980 AFCON winner added that it was the responsibility of Rohr to pick players that are fit for the game as Nigeria already has the players it takes to win.

“I don’t think there is anything to fear ahead of the AFCON qualifier against the Benin Republic.

“Nigeria has players that can beat Benin, and all that is needed is for Rohr to pick with the right set of players for the game.

“Because the Eagles will be playing against a West African team, who are tough on the ball, Rohr should pick fit players for the tie,” he said.

The Eagles will also face Lesotho in Lagos for the final game of the qualifying series, three days after the Benin clash.