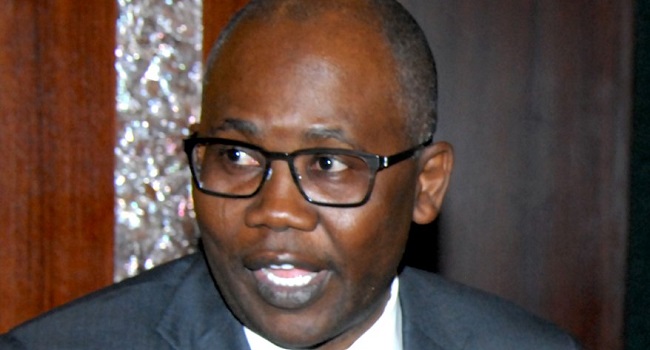 A former Attorney-General of the Federation and Minister of Justice, Mohammed Adoke (SAN), has filed a defamation suit against his successor, Abubakar Malami and the Federal Government of Nigeria in a British court.

In a suit filed on Thursday at the Commercial Court of the Property and Business Courts of England and Wales in London, Adoke asked the court to award cost against Malami and the federal government of Nigeria for allegedly defaming him in their statements filed on the ongoing proceedings on the $9.6bn Processing and Industrial Development (P&ID) arbitral award.

He described some referenced portions of the witness statements credited to Malami and filed in defence of Nigeria’s case at the court as defamatory, scandalous and malicious against him.

The ex-AGF urged the court to award cost in his favour and against Malami “on indemnity basis,” adding that the conduct of his successor was reprehensible.

He also urged the court to delete the alleged offensive portions of the said statements.

Malami had filed the two statements as a witness in defence of the federal government at the London court on December 5, 2019, and March 6, 2020, while applying to the court to upturn the $9.6billion awarded in favour of the British Virgin Island firm.