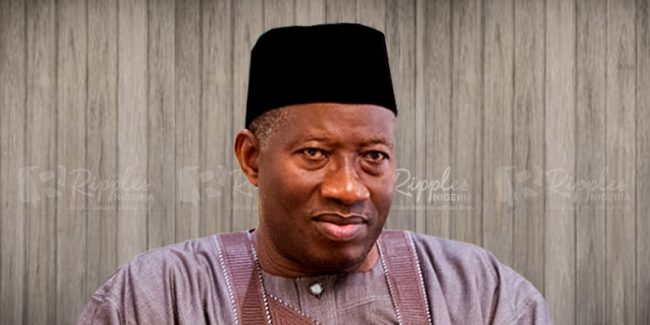 The camp of former President Goodluck Jonathan has said that the immediate past government had nothing to do with the Process and Industrial Development Limited (P&ID) failed contract, for which a London Court recently, asked Nigeria to pay $9 billion as damages.

In a statement by a former aide to Jonathan, Reno Omokri, the camp said that the contract was signed in January 2010, when Jonathan had not even become acting president.

It added that the only role the preceding Jonathan administration played was that of damage control.

Jonathan’s camp stated this in reaction to the Minister of Justice and Attorney-General of the Federation (AGF), Abubakar Malami’s, blame of the preceding government for the contract.

A United Kingdom court had recently ruled that Nigeria should pay $9 billion to P&ID over the contract.

Malami, who Buhari retained as minister of justice and AGF, had on Thursday, vowed to probe the $9 billion judgment.

He had blamed the $9 billion judgment debt on the preceding Jonathan administration.

But in its response, Jonathan’s camp said the statement by Malami was “nothing but deliberate misinformation by an incompetent administration that is steeped in propaganda and wants to pull the wool over the eyes of Nigerians.”

The statement read further, “My attention has been drawn to statements credited to General Muhammadu Buhari’s newly retained Minister of Justice and Attorney-General of the Federation, Mr. Abubakar Malami (SAN), wherein the said minister blamed the embarrassing fiasco that is the $8.9 billion judgment debt on the preceding Jonathan administration.

“The fact of the matter is that the preceding Jonathan government had no hand in the conception, negotiation, and signing of the said P&ID contract. The contract was signed in January of 2010, whereas the Jonathan administration came into being, in an acting capacity, on February 9, 2010.

“The only role that the preceding Jonathan administration played was that of damage control. However, such patriotic efforts were frustrated by Mr. Malami himself, along with his boss, General Buhari.

“Yes, the Jonathan administration was involved in negotiating a settlement with P&ID when the company initially went to arbitration. In the first instance, it negotiated down the demand by P&ID for loss of revenue to $1.5bn, then this was again brought down to about $850m by that government. This was at the tail end of that administration. Negotiations were still ongoing and these were included in the handover notes to the Buhari regime.

“However, rather than accede to the counsel of the previous government in the handover notes, the whole matter was messed up by the present government, partly because General Buhari did not have a government in place for six months after he was sworn in on May 29, 2015, which meant that Nigeria was not properly represented at the arbitration. It is the suspicion that some officials in this government wanted Nigeria to lose so that they could be settled by P&ID.”