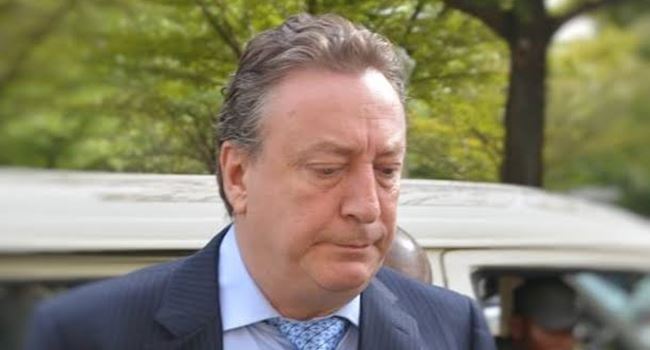 The British national, James Nolan, bail variation application was on Monday dismissed by Justice Okon Abang of the Federal High Court, Abuja, for lack of merit.

The judge also adjourned the case till Tuesday for the continuation of trial.

The Economic and Financial Crimes Commission (EFCC) had on October 21, arraigned Nolan and Adam Quinn, who is at large, over their alleged complicity in the $9.6 billion judgment against Nigeria.

The Process and Industrial Development (P&ID), an Irish engineering company, had secured the award against Nigeria following the non-execution of a 20-year gas and supply processing agreement (GSPA) the company had with the Federal Government.

Justice Abang gave the ruling after he had taken the arguments of the prosecution and defence counsel in the matter.

He wondered why Nolan could not respond to the serious allegation levelled against him by the EFCC that he forged resident permit and that if granted bail he might jump bail.

The judge said: “I took a risk in admitting the 3rd defendant (Nolan) to bail.”

He had earlier fixed December 6 for hearing on the bail variation but adjourned till December 9.

He had on November 7, granted the Briton bail in the sum of N500 million.

The judge also ordered the defendant to produce a surety in like sum.

According to him, the surety must be a Nigerian and a serving senator not standing any criminal trial in any court in Nigeria.

Buhari replaces Fowler with Muhammad Nami as chairman of FIRS

ALLEGED ATTACK IN LAGOS: We’ll not handover to Southwest in 2023 – Northern youths