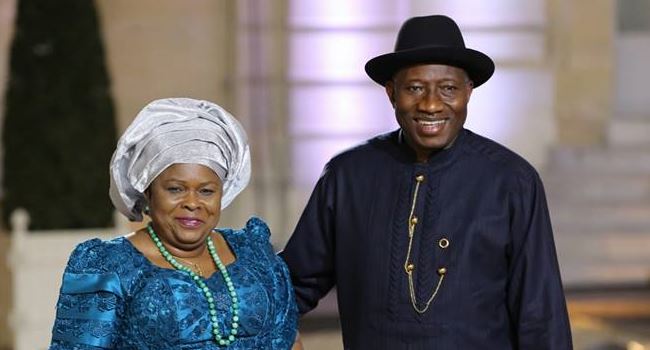 The federal government is seeking for the bank account details of former President Goodluck Jonathan in 10 foreign banks.

It is also seeking for the account details of Jonathan’s wife, Patience and the former Minister of Petroleum Resources, Mrs Diezani Alison-Madueke from the banks.

To achieve this, the government has urged a court in New York, the United States of America to compel the 10 foreign banks to release to it account details of the trio.

In a report on Tuesday, Bloomberg said the banks Nigerian government was seeking the documents from included Citigroup and JPMorgan, as well as the New York branches of Deutsche Bank AG and United Bank for Africa Plc.

In an application filed at the foreign court on March 24, the government of Nigeria, through the Attorney General of the Federation, Mr Abubakar Malami, asked for the bank documents in its bid to overturn the London Arbitration Tribunal ruling that asked Nigeria to pay $9.6 billion to Process and Industrial Development (P&ID) over failed oil contract agreement.

According to Bloomberg, the Federal Government, is seeking the bank documents to enable it to prove that the $9.6 billion arbitration was obtained by P&ID by fraud.

Meanwhile, Jonathan has said that he had no foreign accounts.

In a statement on Tuesday by his spokesman, Ikechukwu Eze, he said:

“Our attention has been drawn to international media reports to the effect that the Federal Government of Nigeria has subpoenaed bank records for former President Goodluck Jonathan, and his wife, Dame Patience Jonathan in the United States of America.

READ ALSO: Reps begin probe of Chinese and their businesses in Nigeria

“We aver that the Federal Government of Nigeria did not contact Dr Jonathan or his wife before issuing these subpoenas. If they had, we would have advised them of the fact that you cannot subpoena what does not exist. We also remind the public that on March 5, 2014, during the swearing in of new ministers, then President Jonathan said “I am loyal to Nigeria’s economy. I don’t have accounts or property abroad.

“We are confident in stating that between that time and now, nothing has changed with regards to Dr Goodluck Jonathan. He has no accounts in the United States of America, and encourages US authorities to cooperate fully with the Federal Government of Nigeria’s subpoena.”