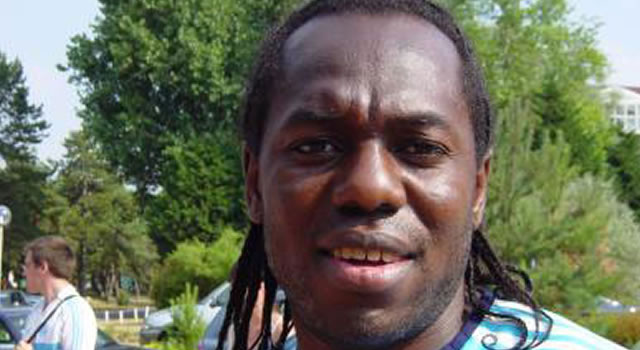 Former Super Eagles midfielder, Wilson Oruma has been offered a job as assistant coach in one of the national team by the President of Nigeria Football Federation (NFF), Mr. Amaju Pinnick.

Oruma, who starred for RC Lens, Nancy, Nimes, Sochaux, Marseille among others during his playing days, has been battling emotional disorder after being defrauded N2 billion by fake oil businessmen.

Pinnick told Vanguard that he has picked all the hospital bills and relocated the former Nigeria international to a better equipped one.

“His story is a pathetic one and we cannot allow him to die. I am rendering this help to him from one Warri man to another. We are Warri Ambassadors,’’ Pinnick said.

‘’By next week, Oruma will move into my house before they finish furnishing the three bedroom flat where he would stay.”

“I’m still talking with some of the clubs he played for to allow him come and do a coaching course with them,’’ stated Pinnick whose personal Foundation is footing the bills for his rehabilitation.