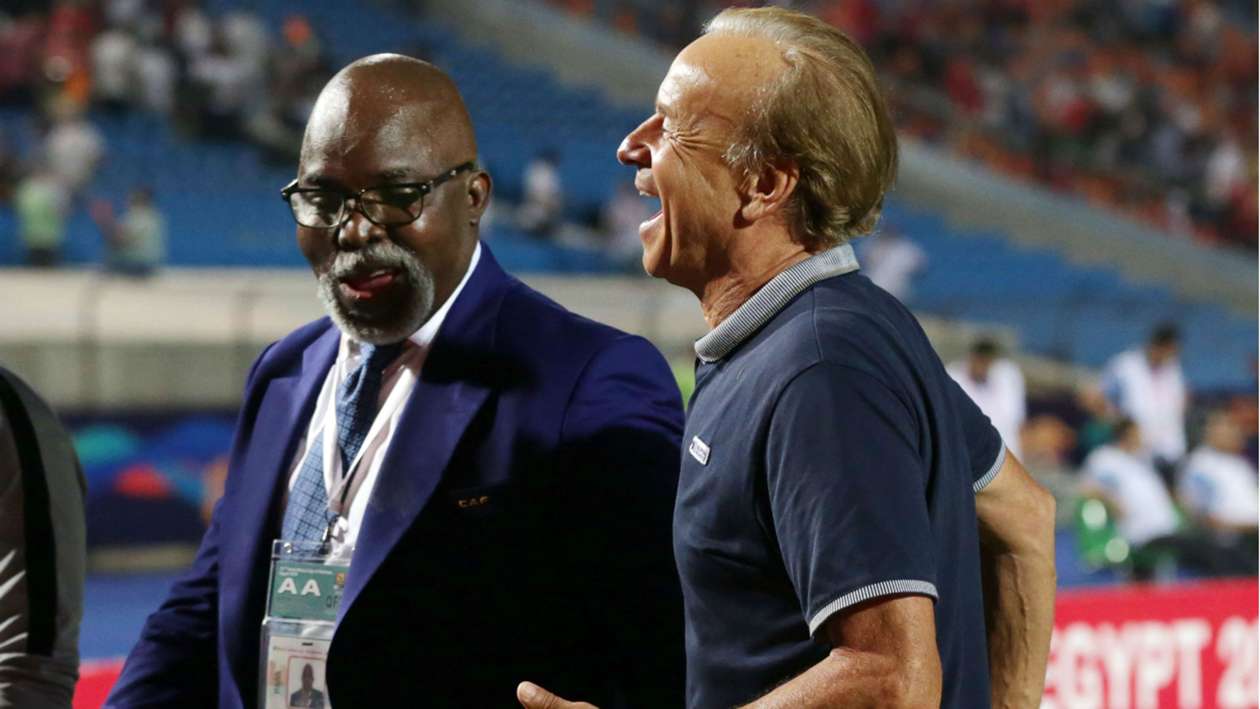 President of Nigeria Football Federation (NFF), Amaju Pinnick has broken his silence since the rumours of the sack of Super Eagles coach Gernot Rohr broke out.

Reports made the rounds earlier on Thursday that the football house had parted ways with the Franco-German coach after five years of service.

Rohr, who had been with the team since August 2016, was said to have been sent packing following a meeting of football stakeholders in Abuja, the Federal Capital Territory.

Pressure had mounted on the 68-year-old coach after Super Eagles’ failure to win their last World Cup qualifying group game against Cape Verde, even though a draw was enough to see Nigeria through to the final round.

But Pinnick said no such decision has been taken concerning Rohr.

He however admitted that the board of the football house was still studying the report of the game against Cape Verde.

“The Board of the NFF is studying the report of the Technical Committee, which it submitted after the match against Cape Verde in Lagos on Tuesday,” said Pinnick in a statement.

“There are a number of possibilities but we have not taken a decision to sack Gernot Rohr.

“I want to assure that whatever decision is eventually taken will be one that will please the generality of Nigerians.

“Mr Rohr has a contract with the NFF and there is a procedure for disengagement.

“If we get to that bridge, both parties will look at the contract and see what has to be done both ways.

“The Super Eagles’ squad is a national asset and we are just fortunate to be in that space to take decisions.

“Any decision we take must be what will be acceptable to Nigerians from far and near.”

Rohr has been at the receiving end of heavy criticisms, especially since the Africa Cup of Nations in Egypt, where Nigeria failed to reach the final.

NFF denies sacking Rohr, but sources say coach is being pressured to resign