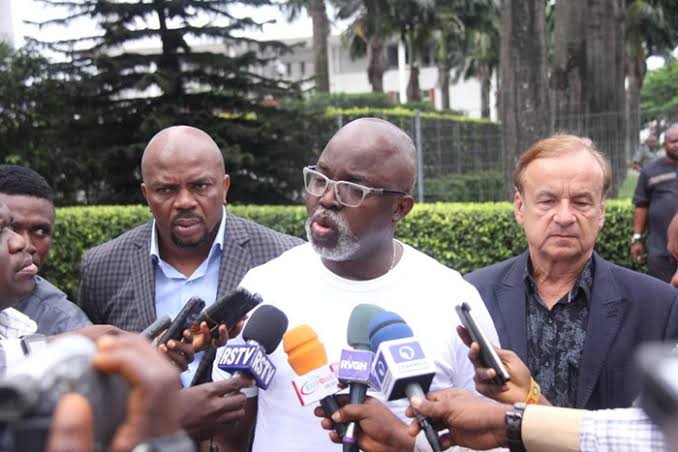 Pinnick, who has been at the helm of affairs since 2014 as far as Nigerian football is concerned, has cautioned the players to ignore any call from small clubs in Europe.

The 50-year-old football administrator was quoted to have said he would frustrate any transfer that involved any local player and ‘mushroom clubs’ abroad.

Pinnick paid a visit to the home-based Super Eagles squad in USA over the weekend ahead of their friendly game against Mexico early Sunday morning, which they lost 4-0.

He suggested he was exposing the players to the rest of the world by having them execute such friendly encounter, and that countries like Vietnam, India, Uzbeskistan, Cyprus and Belarus among others, which are lesser known European countries in terms of football, are not worthy of Nigerian footballers.

“If you’re living in Nigeria, you’re going to a top club,” Pinnick said as quoted by Brila.net.

“Villarreal, Valencia, Lille, and all those proud footballing clubs and not to one mushroom club that you’re better off.

“I want to expose you people to the highest levels so when you’re going to a foreign club, and we won’t allow any agent take you to countries like Cyprus, Belarus, etc., no, never we won’t allow it and I will make sure no transfer is issued on situations like that.”

The Super Eagles B team are expected to execute more international friendly matches between October and November as a way of building the team, according to the NFF.

NFF rolls out plans for home-based Eagles after Mexico thrashing