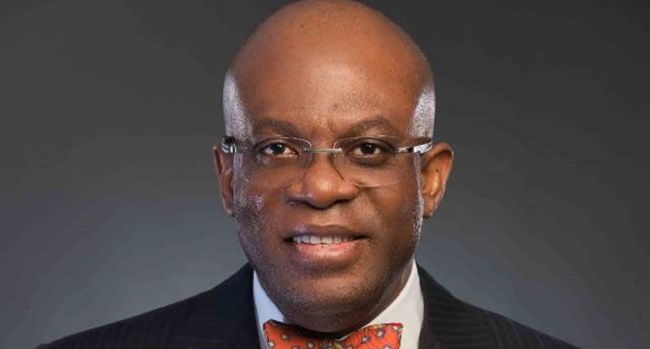 The umbrella body of lawyers in Nigeria, the Nigerian Bar Association (NBA), has condemned attempts by the Buhari-led government to forcefully sack the Chief Justice of the nation, Justice Walter Onnoghen, from office.

Ripples Nigeria had reported on Saturday that Justice Onnoghen could become the first Chief Justice of Nigeria (CJN) to go to jail from office, as the Federal Government was set to arraign him on charges of non-declaration of assets before the Code of Conduct Tribunal (CCT) in Abuja on Monday.

The report also noted that Justice Onnoghen had been asked to resign from office.

The move to sack the CJN was confirmed by the headquarters of the Code of Conduct Tribunal, in Abuja on Saturday.

A statement signed by the Head, Press & Public Relations at CCT, Mr. Ibraheem Al-Hassan, said the three-man panel of the tribunal led by Danladi Umar, had fixed Monday for the arraignment of Nigeria’s number one judge, following an application by the Code of Conduct Bureau for leave to commence the case.

In a statement on Saturday, however, the NBA President, Paul Usoro (SAN), described the government initiative as a “targeted assault on the judiciary by the agents of the Federal Government”.

He argued that the planned trial of Justice Onnoghen was a violation of the Court of Appeal’s judgment in Nganjiwa v Federal Republic of Nigeria (2017) which shielded serving judges from investigation and prosecution unless they are first disciplined by the National Judicial Council.

Said Usoro, “This continuing attack on the justice sector must cease forthwith. FGN and its agencies must desist from debasing the rule of law.”

The statement read in part, “There are two final issues that we must touch upon in this Statement, albeit, briefly. First, could it possibly be a coincidence that the current assault on the judiciary is taking place only weeks to the 2019 National Election?

“Apart from the conduct itself being wrongful and deplorable, its timing is condemnable. FGN will find it difficult to convince any reasonable person that its assault against the CJN and by extension the judiciary is not aimed at emasculating that arm of the government and intimidating our judges ahead of the 2019 National Elections.

“In our afore-referenced International Anti-Corruption Day Statement, the NBA had deplored ‘conducts that qualify as . . . political non-accountability, absence of transparency and impunity in public service’.

“The FGN’s conduct in this instance qualifies, amongst others, as “impunity in public service.

“As a final point, it is also difficult for a disinterested observer not to see a pattern of consistent assault by agencies of the FGN on the heads of the two independent arms of government, to wit, the legislature and the judiciary, starting with the prosecution of the Senate President, Dr. Bukola Saraki, before the CCT and now, the ill-fated prosecution of the CJN before the same CCT. The impression must not be created that the agencies of the Executive arm of the FGN are interested in destabilizing and laying prostrate the other arms of the Government and in the process eliminating and destroying any and all voices of dissent and checks and balances.”

Critics have queried the rush with which the charges were instituted  as the filing was done by the Code of Conduct Bureau within 24 hours of receiving the petition against the CJN.

Reports have noted that the petition against Onnoghen was dated January 7, 2019, received by the Bureau on January 9, 2019 and the charges promptly drafted January 10, 2019.

There are, therefore, feelers that the impending arraignment of Justice Onnoghen may not be unconnected with the CJN’s non cooperative attitude towards the administration of President Muhammadu Buhari, and thinking within the President’s circle that the CJN may not be a willing ally as the 2019 general elections draw near.

Incidentally, Usoro is also facing corruption charges initiated against him by the Buhari administration.

Broke, hungry PDP wants to come back to steal —Amaechi