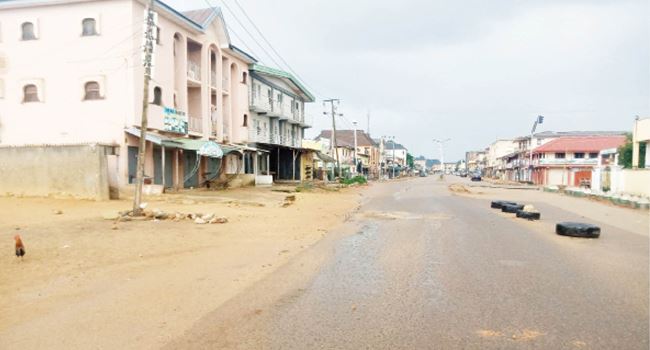 The Governor of Plateau State, Simon Lalong has relaxed curfews imposed on some parts of the state following the spate of insecurity.

In a state broadcast on Monday, August 30, the governor said the 24-hour curfew in Jos North is now to be enforced from 6 pm to 6 am until further notice.

However, Lalong said the ban on tricycles (Keke Napep) and hawkers remain in place within Jos/Bukuru metropolis.

Also, he announced that the Plateau Economic and Investment Summit earlier scheduled for September 1 and 2 has been postponed.

Ripples Nigeria reported the incessant attacks in Jos North, Bassa, Riyom, and Barkin Ladi Location Government Areas of the state, which has risen the tension in the state.

Last week, about 36 people were killed in Yelwa Zangam village, Zangam District in Jos North Local Government Area, leading to the state government ordering curfews in some parts of the state.

Following the spate of insecurity, many state governments have evacuated students who are indigenes of their respective states from the University of Jos, while the school had been shut down.

Speaking on Monday, Lalong said, “The curfew in Jos South and Bassa is to also be further relaxed. As of Monday 30th August 2021, the curfew shall be enforced between 10 pm to 6 am until further notice.

“A new date will be announced and communicated to all our invitees. We apologise for any inconveniences this postponement might cause.”

While some have attributed the killings to ethnic and religious reasons, the state government has maintained that they are “purely criminal activities that must be treated as such.”

“Even though they are quickly given ethno-religious connotations, there is no justification for the killing of any one human being.

“We are a society that is guided by rules which do not permit anyone to take the laws into his or her hands no matter the grievances,” Lalong added.

Meanwhile, to resolve the security crisis in the state, the governor said he has engaged with high-level stakeholders, including traditional, political, community, and religious leaders.

“It is important to state that we have had several engagements with them in the past and made efforts to ensure that peace prevails in the area.

“Between January and July this year, the Plateau Peace Building Agency has conducted over 34 mediation engagements at community levels in Miango, Kwall, Dusten Kura, and Gyelobari Districts of Bassa LGA.

“In response to the attacks, I also held meetings with the Plateau Inter-Religious Council and directed them, along with the Peace Building Agency to swing into action by carrying out more consultations and engagements to defuse tensions, calm nerves, and dig deep into the immediate and remote causes of these conflicts to bring the ugly situation to an end,” he said.