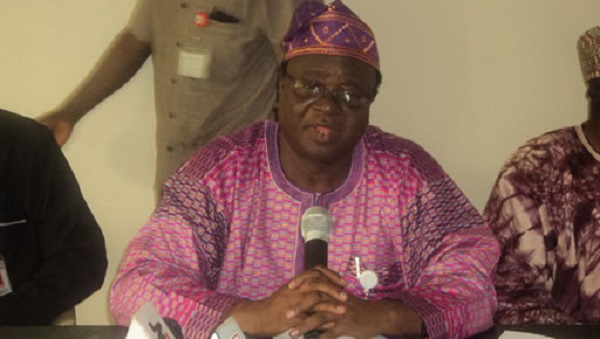 The Peoples Democratic Party (PDP) in Plateau State has demanded the release of results of National Assembly elections conducted by the Independent National Electoral Commission ( INEC ) in the state.

The party chairman in the state, Hon. Damishi Sango accused the state Resident Electoral Commissioner, Mallam Husseini Halilu Pai of being under pressure to announce the result in favour of APC.

While addressing a press conference at the party’s Secretariat in Jos, Sango said residents of the state would resist any manipulation in the result.

“Surprisingly, INEC summoned the Returning Officers under heavy military intimidation and ordered them to announce the result of the election in favour of APC.

“However, we are saddened to note that four days after the conduct of the elections, INEC is yet to turn in the final results and declare the winners.

“We are therefore alerting the nation and the world to hold the Resident Electoral Commissioner, Alhaji Husseini Halilu Pai responsible for any breakdown of law and order.”

He explained, “INEC picked Tudun Wada-Kabong ward, a stronghold of the PDP in Jos North LGA and has withheld the results of all the 65 units with a total voter population of about 92 thousand people.

“It is therefore evident that the wholesome cancellation of units across the state was deliberately targeted at disenfranchising the people and weakening PDP bases. The party however appeal to REC to douse the rising tension by immediately releasing the results, saying the know where the pressure is coming, stressing, ” Governor Lalong wants a second tenure at the expense of the blood and peace of Plateau.

“The governor has been blackmailed by some elements in the state who want him to give them certain elective positions in exchange for their support for his re-election,” he submitted.