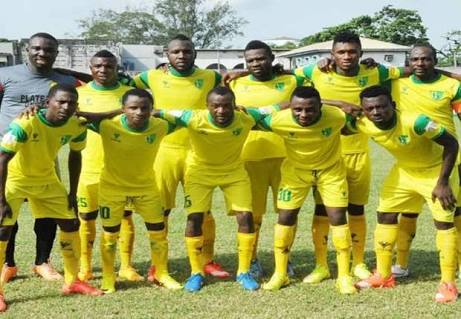 NPFL champions, Plateau United have crashed out of the CAF Confederation Cup, failing to make it to the group stages of the second-tier continental competition.

The Jos club were beaten 4-0 by Algeria’s USM Alger in the second leg of their play-off round fixture at the Stade 5 Juillet on Tuesday night.

Despite winning the first leg 2-1, the Kennedy Boboye side were thrashed away from home as they failed to progress in the competition with a 5-2 loss on aggregate.

Plateau United went behind in the 29th minute when Kaddour Beldjlali headed home a corner kick to put the hosts ahead, before Oussama Darlafou doubled the lead four minutes before the break.

USM Alger would have scored even more but goalkeeper Dele Ajiboye saved Plateau from more woes.

Darlafou headed in the third goal five minutes after the break while Mokhtar Benkhermassa sealed the win late on.

Enyimba, MFM and Akwa United will know their fates on Wednesday, as they face their respective opponents in a bid to advance to the group stage.