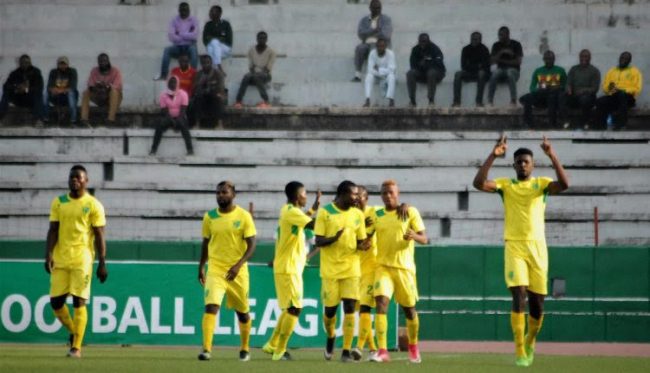 Captain Elisha Golbe opened the scoring in the 31st minute from a free-kick, while Emeka Umeh netted the second goal on 60 minutes.

The Jos club began their title defence with a 1-0 away victory last Saturday against Nasarawa United, who also fell 2-0 on Wednesday to former champions, Kano Pillars.

Also maintaining their perfect start to the season are Niger Tornadoes, who defeated FC IfeanyiUbah 2-1 at the Confluence Stadium, Lokoja.

Solomon Owello and Sunday Akinmoladun scored both goals for the home side while Godwin Obaje scored the only goal of the visitors.

At the Agege Stadium, MFM FC recorded their first win of the season against hard-fighting Kwara United thanks to a 51st-minute strike by Adebayo Waheed.

The seven-time NPFL champions – Enyimba – are picking up their second draw in a row, after securing a 1-1 draw against Lobi Stars in their opening game.

Sunshine Stars beat Katsina United 2-1 in Akure, while El Kanemi Warriors also won against Abia Warriors as Bello Kofarmata scored the only goal of the game.