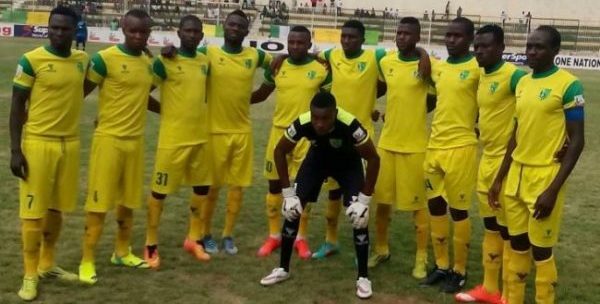 Nigeria’s representatives at this season’s Confederation of African Football (CAF) Champions League have crashed out following aggregate loss to their first round opponents this weekend.

NPFL champions, Plateau United were knocked out on Sunday despite recording a 1-0 win against Tunisia’s Etoile du Sahel.

The Tunisian giants advanced to the next stage of the competition after their 4-2 victory at home in the first leg of the ecounter made their 1-0 loss at the Sani Abacha Stadium in Kano of no effect.

Plateau Utd, playing in Kano because their New Jos Stadium home was not approved by CAF, were only able to net once thanks to Tosin Omoyele who did so on 25 minutes.

The Jos club did pile pressure on the Tunisians right from the start of the game but were not lucky enough to have added another goal – which could have seen them through.

Also, NPFL runners-up and Nigeria’s second representative at the continental foremost league, MFM FC, were knocked out of the competition on Saturday.

The Lagos side also missed out on a place in the group stages of the Champions League after they lost 7-2 on aggregate to Algeria’s MC Alger.

Both Nigerian teams have now dropped to the CAF Confederation Cup. They will compete in the play-offs as they seek to secure a place in the group stages of the second-tier competition.