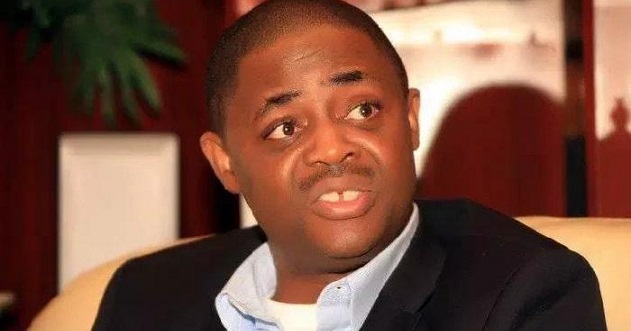 Former Minister of Aviation and a chieftain of the Peoples Democratic Party (PDP), Femi Fani-Kayode, has pleaded with Ekiti State governor Ayodele Fayose not to leave the party.

He said, the governor, who is also the chairman of PDP Governors Forum, has fought many battles with the party, adding that he should not desert the PDP when he is needed in the final battle ahead.

Fayose had threatened to dump the opposition party following the emergence of a former Vice President, Atiku Abubakar as the presidential candidate of the PDP for the February 2019 general elections.

But in his response on his Twitter handle, Fani-Kayode wrote, “I urge my brother @GovAyoFayose to sheath his sword and not to leave @OfficialPDPNig.

“Over the last few years we have fought many battles together and it was an honor to stand shoulder to shoulder with you. The final battle is about to be fought and we need you in our ranks.”

Meanwhile, Governor Fayose has vowed that he was never going to defect to the ruling All Progressives Congress.

The governor was responding to a statement credited to Ekiti State APC chairman, Paul Omotoso, where he told the aggrieved PDP governor that he was not wanted in the party.

Fayose remains one of the outspoken opposition governors, who has ceaselessly criticised the ruling APC.