Plot to impeach Saraki: Count us out, NNPC says 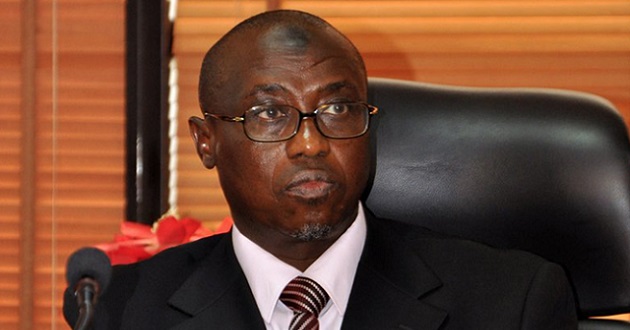 The Nigerian National Petroleum Corporation, NNPC, Sunday, said it had nothing to do with the alleged planned impeachment of Senate President, Bukola Saraki.

The corperation also denied reports that its Group Managing Director, Dr. Maikanti Baru is bankrolling the planned impeachment, saying what is happening at the National Assembly is purely political which is totally different from its mandate as a national oil company.

In a statement issued on Sunday by the Group General Manager, Public Affairs Division of NNPC, Ndu Ughamadu, the oil company described the reports making rounds as mere works of fiction and the handiwork of mischief makers.

The statement reads in part: “The report is not only false but also an affront on the verifiable reforms in the operations of the corporation under the remit of Dr. Baru which has witnessed irreversible strides in the area of transparency leading to the sustained publication of NNPC monthly operations and financial records.

“It is mere fiction and outright ‘tales by moonlight’ for anybody to insinuate that Dr. Baru or anybody else could just take a dip into the Corporation’s till and dole out the volume of funds being portrayed in that phantom report for political purpose.

“We call on all well-meaning members of the public and oil and gas industry stakeholders to discountenance the said story, as the management of the NNPC remains committed to its statutory role and responsibility to the entire federation.”

It would be recalled that there had been calls for Saraki to resign his position as Senate President since he dumped the ruling party for the opposition Peoples Democratic Party, PDP.

Similarly, there had been reports of subterranean moves to forcefully sack him using funds made available to APC lawmakers and security provided by the presidency.

The presidency has since denied the reports, saying the fate of the Senate President remains in the hands of his colleagues.

Our numerical strength, not public funds will remove Saraki – APC