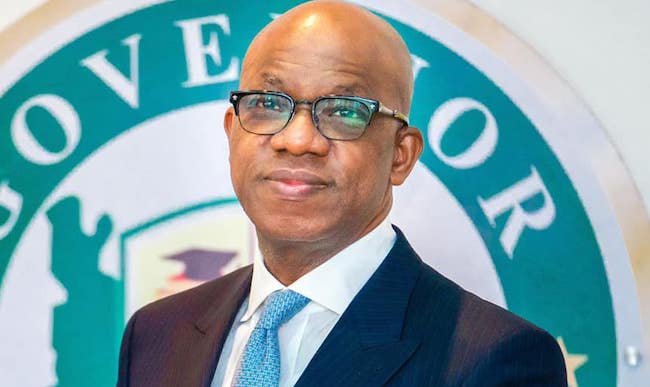 The Ogun State Governor, Dapo Abiodun, on Wednesday implored the All Progressives Congress (APC) to discountenance the allegations levelled by a member of the party, Ayodele Oludiran, in a bid to force the party to disqualify him from the 2023 governorship election in the state.

Olubiran had in a petition dated April 19, 2022 and sent to the APC National Chairman, Abdullahi Adamu, said the governor was ineligible to take part in the election as the party’s candidate over damning allegations against him.

He accused Abiodun of concealing criminal offences he allegedly committed in the United States in 1986.

The petitioner also alleged discrepancies in the documents, including the educational qualifications, the governor submitted to the Independent National Electoral Commission (INEC) in 2015 and 2019, adding that his candidacy would portend great danger for the party next year.

“All efforts to locate both schools, which would have been in the present Ekiti State or Ogun State – of the Old Western Region of Nigeria – proved impossible.

“His claim to have attended non-existent schools in 1971 also amounts to lying on oath and presenting a false certificate to INEC which are very potent grounds for disqualification as enshrined in Section 182 (1) (j) of the 1999 Constitution as amended.”

However, in a letter signed by his legal team from the Afe Babalola Chamber, and addressed to Adamu, the governor described the petition as an outright falsehood and malicious.

He said the petition was full of spurious and unfounded allegations meant to mislead the party into disqualifying him from participating in the 2023 governorship election in Ogun State.

The letter read: “The petitions are nothing more than the machinations of political jobbers and saboteurs sponsored by desperate opposition elements to disrupt the peaceful political atmosphere in Ogun, spread rumors/propaganda about the governor, and mislead the APC.

READ ALSO: Ogun Gov, Abiodun, may have settled for Osinbajo over Tinubu, others

“The petitioner relied on hearsays, urging Senator Adamu and national leadership of the APC to ‘disregard the hearsays.’

“The allegation of discrepancies in Governor Abiodun’s INEC Form CF001 for 2015 and 2019, is a statute-barred. The allegation can only form the basis of a cause of action in court 14 days from the day the governor filed and deposed to the forms.

“The alleged contradiction in the two INEC Forms can no longer be a ground to disqualify Governor Abiodun in the upcoming 2023 gubernatorial election, Forms CF001 for 2015 and 2019 are spent and cannot be used to determine the eligibility of the governor to contest in the next governorship election.

“The court cases were filed in court and petitions filed at the Governorship Election Tribunal seeking to disqualify the governor based on allegations of falsehood and inconsistency in the two INEC Forms. The tribunal and courts were unanimous in their decisions not only that the allegations were statute-barred, but held that the said Forms CF001 of 2015 and 2019 did not contain any false statement.

“The Supreme Court of Nigeria had also affirmed the decisions of the Tribunal and the Appeal Court, by dismissing the petition of false statement against the governor.

“On the allegation that the governor had been convicted for an offence in 1986, the petitioner failed to attach any court judgment to the petition to this effect, hence, the allegation was baseless and should be discountenanced by the party leadership.”