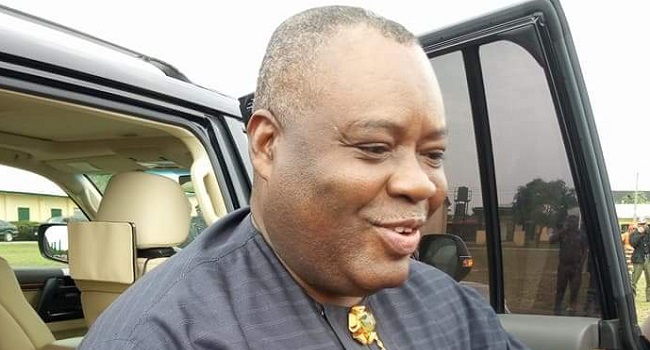 Plots to reduce the strength of the Peoples Democratic Party (PDP) in Rivers State received a boost on Wednesday  as the only PDP serving senator from the state, Osinachukwu Ideozu, dumped the party, for the opposition party in the state, the All Progressives Congress (APC).

There was no official letter read by Senate President Bukola Saraki in respect to his defection.

However, his dumping of the PDP was announced by the Senate leader, Ahmed Lawan, on the floor of the upper legislative chamber when he congratulated him while moving a motion for adjournment of plenary.

Lawan said, “I want to congratulate my brother representing Rivers West, Osinachukwu Ideozu for moving from PDP to APC. Congratulations, my brother!”

A PDP senator from Taraba State, Emmanuel Bwacha responding, taunted the defecting senator and said, “I wish him Godspeed because I know where he is going.”

Ideozu has now joined Andrew Uchendu, and Magnus Abe, who are the other senators from the state in APC.

Although Rivers APC has been plagued with serious crisis over the battle of who controls the party between Amaechi and Abe, there are feelings that all aggrieved members may at last unite to work for whoever eventually becomes the authentic governorship candidate of the party for the 2019 election in the state.

Though the Adams Oshiomhole led national leadership of APC had already submitted the name of Amaechi-backed candidate, Tony Cole to the Independent National Electoral Commission (INEC) as the party’s candidate, a recent judgment of the Supreme Court appeared to have favoured Abe.