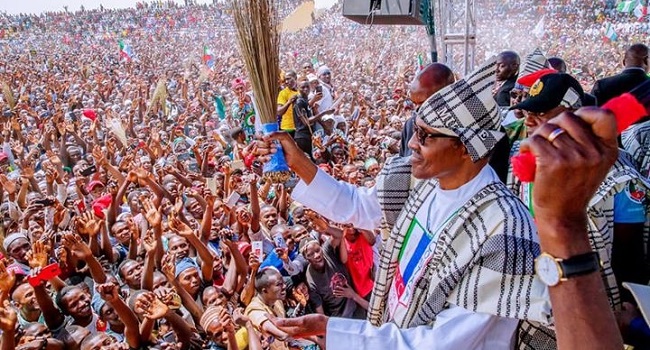 The number of deaths recorded during rallies of President Muhammadu Buhari of the All Progressives Congress (APC) may have increased again today (Thursday).

This came as two persons were reported to have died during his campaign rally in Jalingo, the Taraba state capital.

It was gathered that the incident was as a result of overcrowding at the Jolly Nyame Stadium, venue of the rally in the state.

Soon after the victims, who were allegedly trampled upon as a result of pushing, were picked up, they were rushed to the hospital in ambulances stationed at the venue.

Reports from the state indicate that the victims may have kicked the bucket.

Buhari is seeking reelection to continue in power as Nigeria’s President for another four years in the February 16 elections.

His campaign rallies in Borno State and Zamfara states also recoded deaths of some Nigerians.