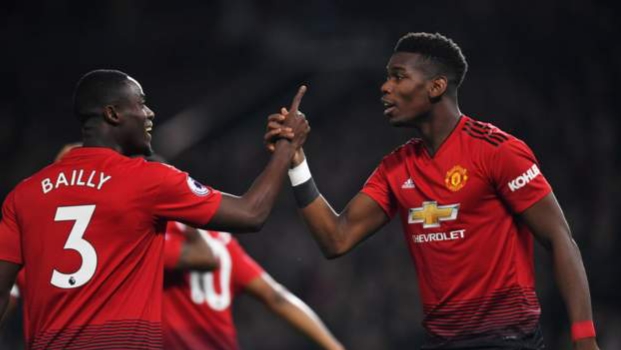 The France international continued his impressive form since the exit of former boss Jose Mourinho for the Old Trafford side, who thrashed their visitors 4-1.

The other scorers for the Red Devils are Marcus Rashford and substitute Romelu Lukaku, while the visitors denied their hosts a clean sheet thanks to a Nathan Ake header.

United, in sixth, are now only three points behind fifth-placed Arsenal, who were beaten 5-1 at Anfield by Liverpool on Saturday.

Earlier on Sunday, Manchester City returned to winning ways as they defeated Southampton 3-1. The champions had lost in their last two games – against Crystal Palace and Leicester City.

Southampton responded to David Silva’s early opener when Pierre-Emile Hojbjerg took the ball off Oleksandr Zinchenko and fired it into the top corner.

City had luck on their side when Raheem Sterling’s shot deflected off James Ward-Prowse to make it 2-1.

Serena Williams, Roger Federer to play each other for 1st time