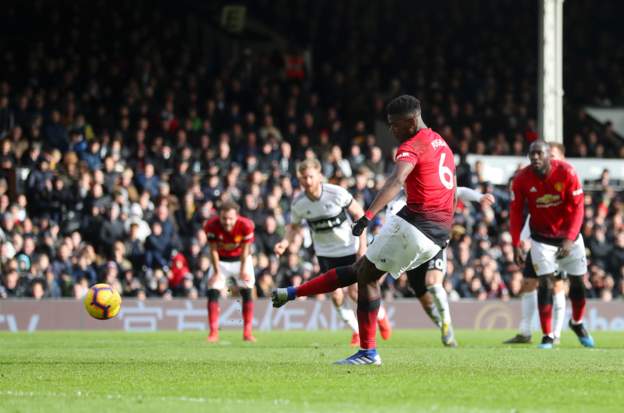 United are now into the top four in the league, standing one point above fifth-placed Chelsea, who visit leaders Manchester United on Sunday.

The win also means interim manager, Ole Gunnar Solskjaer has now gone 11 games without a loss since taking over the team in December.

Pogba opened the scoring in the 14th minute to put United ahead before Anthony Martial doubled their lead in the 23rd minute.

The Red Devils went into the break with a 2-0 lead, and continued their impressive display in the second half.

Juan Mata was brought down in the box by Maxime le Marchand on 65 minutes, and Pogba shoots from the spot in same direction as goalkeeper Sergio Rico but scores.

“I’ve always looked further ahead. I’ve followed United since I signed for them as a player. Who can produce and perform now, next year and in two years?

“It’s such a young squad, an exciting squad. At the moment I’m just concentrating on getting us up the table, let’s hope we can stay there and go higher. We have to do everything ourselves and not rely on anyone for help,” Solskjaer said after the game.

Manchester United face PSG in the Champions League on Tuesday.