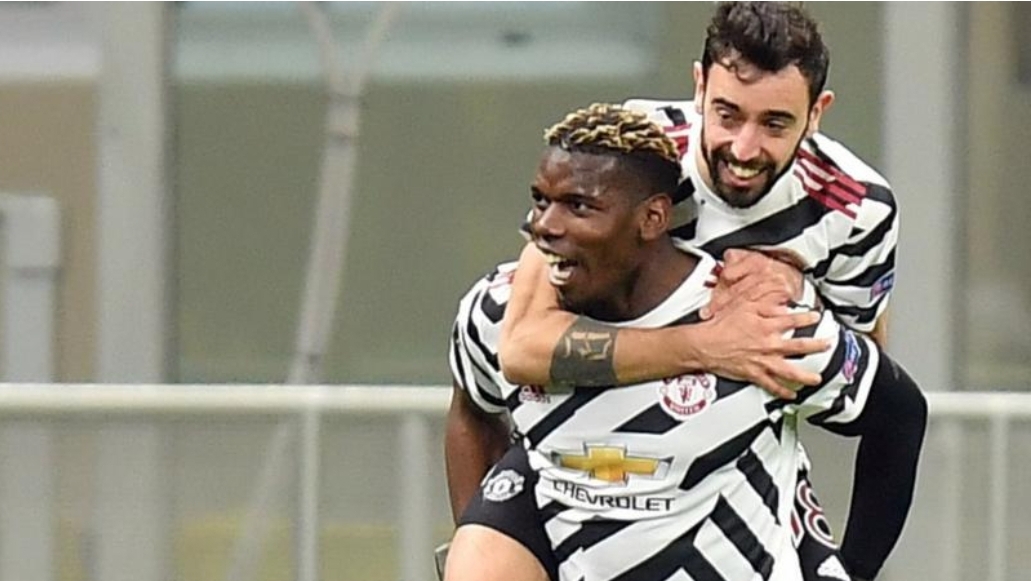 Paul Pogba scored the winning goal for Manchester United in their round-of-16 tie with AC Milan in the Europa League.

The 28-year-old France international, who made a return to the team having been away due to injury, scored in the 48th minute of the second-leg clash at San Siro.

The Red Devils had been held to a 1-1 at Old Trafford in the first leg, and needed Pogba’s goal to go through to the next round.

Rade Krunic, Alexis Saelemaekers and Theo Hernandez as well as substitute Zlatan Ibrahimovic all threatened to score for the hosts but could not.

United join fellow Premier League side Arsenal in the quarterfinals, after Tottenham were knocked out following a stunning comeback by Zagreb.

The quarterfinal draw will be conducted on Friday.