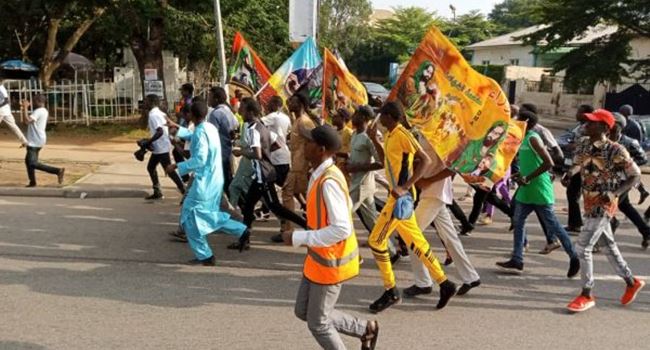 Three among the members of the Islamic Movement in Nigeria (IMN) were allegedly killed on Tuesday by police operatives who tried to disperse them from a procession to commemorate Ashura day in Kaduna.

The Shiites apart from the procession, were also demanding the release of their leader, Ibraheem El-Zakzaky, who had been in detention for alleged murder since Dec. 2015.

It was gathered, that more than one hundred members of the group gathered at Hayin Danmani Junction along Nnamdi Azikiwe Byepass in Kaduna, where they were to proceed on the procession.

Members of the IMN came out at about 6 am, ostensibly to defy the police who had on Monday warned them against the procession.

The activity later degenerated into crisis when they reportedly attacked police operatives that attempted to disperse them.

It was gathered that at the end of the encounter, three members of the group were allegedly killed, while about ten others sustained various degrees of injuries.

However, the spokesman of the Kaduna state police command, Yakubu Sabo said no casualty was recorded as the police “dispersed the protesters professionally”.

He claimed that it has become the standard practice by members of the IMN to claim that police killed their members even when such incidence did not take place.