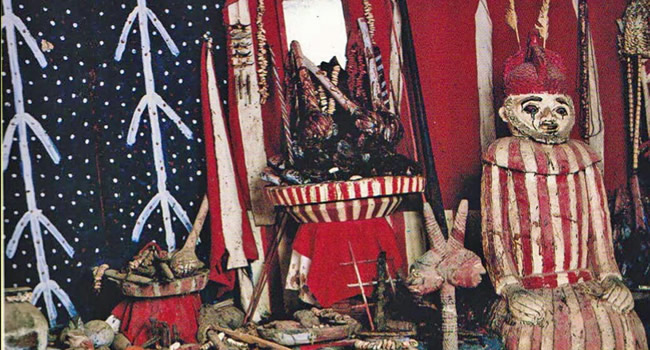 The Lagos State Police Command on Thursday arraigned a 67-year-old cleric, Abdul-Fatai Gbadamosi, before a Magistrates’ Court sitting in Lagos, for allegedly destroying the Aje shrine at Ibereko Community, in the Badagry area of the state.

Gbadamosi was charged with malicious damage and breach of public peace.

Adeosun said the defendant acted in a manner likely to cause a breach of public peace by disturbing traditional religious worship at the shrine, noting that he was caught in the act and handed over to the Police for prosecution.

The offence, he said, contravened the provisions of sections 339 and 168 of the Criminal Law of Lagos State, 2015. However, the defendant pleaded not guilty.

Chief Magistrate, Lazarus Hotepo admitted the defendant to bail in the sum of N500,000 with two sureties in like sum.

Hotepo adjourned the case until April 13, for earing.

Buhari urges envoys to collaborate towards redressing terrorism, other threats