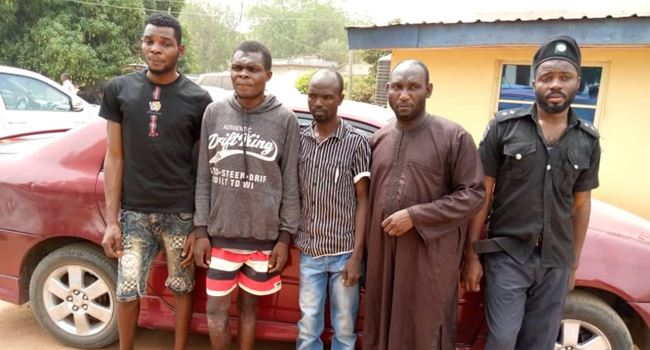 The Benue State Police Command said on Sunday at least 33 people have been arrested for alleged robbery and kidnapping in a special operation to rid the state of criminal elements.

The state Commissioner of Police, Garba Mukaddas, who paraded the suspects at the command headquarters in Makurdi, told journalists that 23 out of the suspects were arrested for cult-related activities while 10 others were apprehended for armed robbery.

He said the suspects’ arrest followed the command’s swift reaction to the increase in cult-related activists in parts of the state.

This, according to the police commissioner, prompted the deployment of more personnel to the nooks and crannies of the state.

Mukaddas said: “Following the recent rise in cult activities in the state, we responded by deploying more police officers around institutes of learning and other vulnerable areas in the state.

“The presence of police officers on the streets of the state is also a strategy we adopted to clampdown on cultism and other social vices in the state and within the month of February, 23 suspected cultists and 10 armed robbery suspects were arrested.

“From the suspects we recovered four arms and seven stolen vehicles. Some of the suspects have been charged to court while others identified as culprits in recent cases are still at large. But we will get them.”