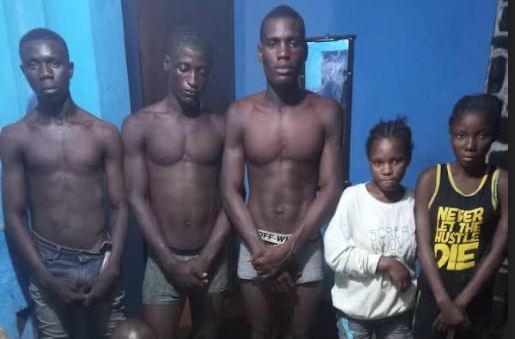 Police operatives in Lagos have arrested 103 suspected hoodlums during raids on black spots in the state.

The spokesman of the state police command, Olumuyiwa Adejobi, who confirmed the development in a statement on Wednesday, said the suspects were arrested at Oshodi Oke and Oshodi under bridge areas of the state.

He said the suspects were responsible for several attacks on motorists trapped in traffic in the two locations.

The raid, according to him, followed directive by Lagos State Commissioner of Police, Hakeem Odumosu, to the Tactical Commanders and Commanders in -charge of the Rapid Response Squad (RRS) and Taskforce to go after hoodlums and miscreants who might want to cause security threats during Eid-el- Kabir celebration in the state.

He said: “On the strength of the directive, the Commander Taskforce, and his team embarked on the raid of Oshodi area of Lagos State and arrested the suspects. They recovered drugs and weeds suspected to be Indian hemp and dangerous weapons.

“Due to some complaints received and isolated cases of robbery in traffic and harassment at Oshodi area, the CP ordered the Commander RRS, CSP Yinka Egbeyemi and Commander Taskforce, CSP Sola Jejeloye, to consistently raid the Oshodi area and other identified areas that are vulnerable to attacks.”