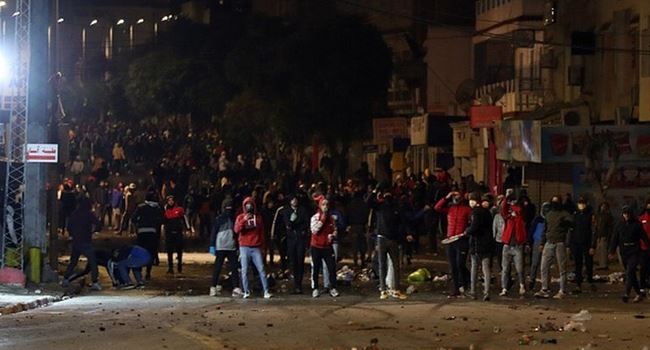 Police operatives in Tunisia have arrested at least 600 people protesting against severe economic problems in the North African country.

Large crowds were seen in the country’s capital Tunis on Monday throwing stones and petrol bombs at police.

Tunisian President, Kais Saied, visited Ariana, a city near the capital and asked people not to let others take advantage of their anger and poverty.

He said: “Through you, I want to speak to all the Tunisian people, I know the state of poverty and I also know who is exploiting your poverty. Don’t let anyone exploit your misery, don’t attack private or public property. We live today because of moral values and not because of theft or looting.”