Police arrests couple, one other for alleged theft of diesel in Ogun | Ripples Nigeria 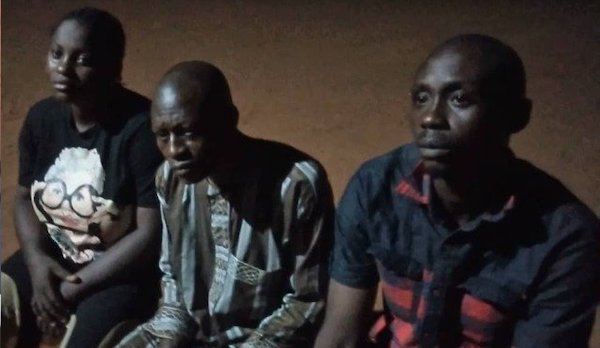 The Ogun State police command on Thursday confirmed the arrest of a couple and one other person for alleged theft of diesel in the state.

The Police Public Relations Officer (PPRO) in the state, Abimbola Oyeyemi, who disclosed this in a statement in Abeokuta, said the suspects were arrested for allegedly siphoning diesel oil from a Globacom telecommunications mast at Agosasa in Ipokia local government area of the state.

He said: “The arrest of the suspects followed a complaint lodged at Ipokia divisional police division by one Joseph Ekanem.

“Ekanem had on Tuesday reported that some thieves had been coming with a Passat car to siphon diesel from the mast situated in Agosasa.

“Based on the report, the Divisional Police Officer (DPO) of Ipokia Division, Adebayo Akeem, detailed his detectives to investigate the case with a view to bringing the perpetrators to book.

“The investigation led to the arrest of the three people and the seizure of the vehicle in the area.

“They have all confessed to the commission of the crime.

“Preliminary investigation revealed that a staff of the company masterminded the operation.”

Oyeyemi disclosed that the state’s Commissioner of Police, Edward Ajogun, had ordered that the suspects be charged to court as soon as the investigation was concluded.