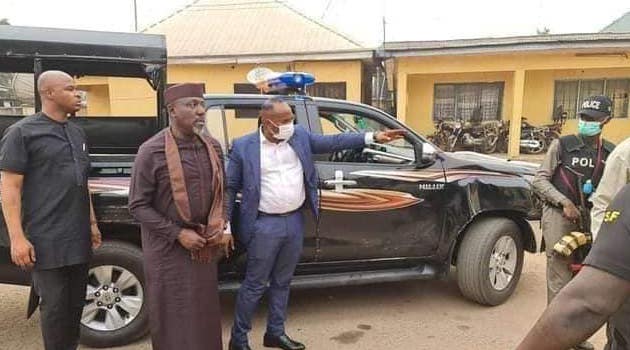 The ex-governor was arrested in connection with a crisis that trailed the state government’s move to seal a residential estate linked to his wife, Nkechi.

Also arrested by the police were Okorocha’s Deputy Chief of Staff in charge of domestic affairs, Ijeoma Igboanusi and his ex-Commissioner for Transportation, Lasbrey Okafor-Anyanwu.

The state’s Commissioner for Information and Strategy, Declan Emelumba, confirmed the former governor’s arrest to journalists on Sunday evening.

He said Okorocha would be arraigned in court on Monday.

The Senator has been involved in a running battle with the Imo State government in recent times.

The state government had last week taken over the Eastern Palm University reportedly owned by the former governor, claiming that he built the institution with state funds.

Governor Hope Uzodinma had insisted that his refusal to stop all inquests set up by former governor Emeka Ihedioha to probe Okorocha’s administration was the cause of his feud with the All Progressives Congress (APC) chieftain.

Okorocha accuses Uzodinma’s aide of attacking him with 1,000 thugs