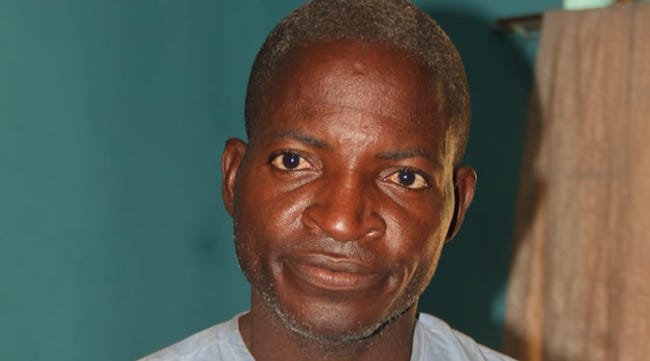 Police operatives in Bauchi have arrested a man for allegedly defiling his three-year-old daughter in the state.

The spokesman for the state police command, Ahmed Wakili, who disclosed this in a statement on Saturday, said the police operatives also arrested four suspected kidnappers in the state.

The statement read: “At a about 1700hrs on 09/01/22, one Maryam Abdullahi aged 24 years of Anguwar Doya, Kirfi Local Government Area of Bauchi State reported at Kirfi Divisional Police Headquarters that on the same date at about 1800hours, her husband, one Ali Lawan, asked her to bring him a mat to lay down her daughter Hajara (not real name) aged 3years to sleep.

“Later, she came back to the room and met Hajara laying down unconscious sweating and vomiting through her mouth, nose while her private part was swollen.

“On receipt of the report, a team of detectives were drafted to the scene, victim was rushed to the General Hospital Kirfi for immediate medical attention and doctors certified her to have been defiled.

“The suspect, the victim’s father was later arrested and investigation is ongoing after which the suspect will be charged to court.

“Similarly, on 10/01/2022 at about 1200hours, detectives from the Command acting on a credible information that some men armed with guns and other dangerous weapons stormed the house of one Abdulkarim Lawan of Gamu Village, Alkaleri LGA and kidnapped his son, one Shuaibu Abdulkarim aged 15 years of same address to an unknown destination.

“Upon receipt of that information, the detectives swung into action and investigation commenced in earnest whereby on the 13/01/2022, a joint operation between police and vigilante group tracked down and arrested one Adamu Musa aged 27 years of Sabon Garin Batal, Tafawa Balewa LGA and rescued the victim.

“The suspect, Adamu Musa voluntarily confessed to the crime, and also mentioned seven others as accomplices who are now at large while investigation is in progress.”