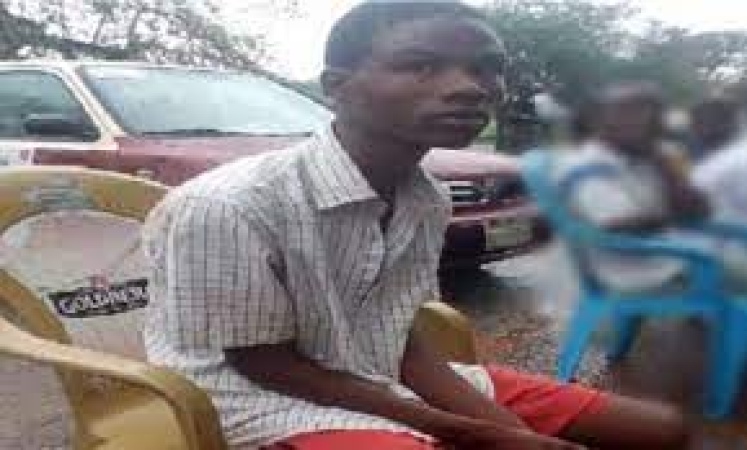 Police operatives in Oyo have arrested a 20-year-old man, Tosin Kolade, for allegedly defiling and killing a teenage girl identified as Ifeoluwa Apanpa inside a church in the state.

The suspect who was paraded on Tuesday at the state police command headquarters in Ibadan, the state capital, allegedly lured the girl inside the church in the Iyana-Offa area of the capital and strangled her to death.

The suspect told journalists his mother worked as a cleaner at the church where he committed the crime.

Kolade added that he waited for the victim to pass through the place to her church and beckoned on her to help him carry some chairs into the church where he pounced on her.

He said: “On the 17th September, 2022, I went back home around 1pm from work because we didn’t have work that day. We were just sleeping at the shop, so I told my boss that I wanted to go and ease myself, my boss allowed me and said I should come back quickly,” the suspect narrated.

“When I got home, I took the key to our church because my mum is the cleaner of the church and went to church. I packed all chairs in the church together, I knew the time Ifeoluwa would pass through our church on the way to her church.

“She eventually passed and I asked her to assist me in carrying some of the chairs I had already packed.

“I took out a knife from my pocket and I instructed her not to shout. I wanted to attack her to collect her phone but she dragged the knife with me and the knife fell, she also fell down and hit her head on the ground while trying to escape.

“She became weak and I raped her, I took her phone and asked her for the password to her phone, she gave me a wrong password, when I discovered that the password was wrong, I strangulated her.”

The State Commissioner of Police, Adebowale Williams, said police officers attached to Iyana-Offa Divisional Police Headquarters were notified of the sudden disappearance of the deceased.

He said: “A search party was immediately raised to know what caused her disappearance. While this was ongoing, a call was placed to the parents of the deceased by an unknown caller stating clearly the deceased had been abducted.”