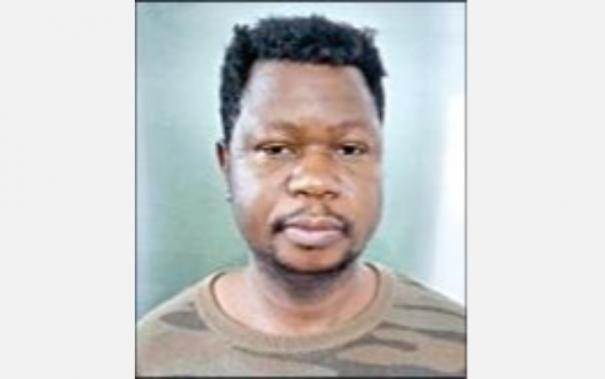 Police operatives in India have arrested a Nigerian, Eze Ndubuisi, for allegedly duping a trader through fake advertisements.

Police in the Indian city of Mumbai said in a statement on Tuesday that the 42-year-old was arrested at his home in Navi Mumbai following a complaint by the victim, Panimaya Manoj.

The statement read: “Manoj had reportedly filed a complaint with the Mumbai cyber police stating that he had given almost 37 lakhs (an equivalent of N20 million) to a man after coming across an advertisement on WhatsApp.

“In the advertisement for a fake export order, Manoj was asked to send medicines to a Togo-based Vetis Animal Health Industry by collecting them from Sharma Enterprises in Maharashtra and Krishna Industries from Sikkim.

“Manoj had received multiple emails claiming to be from these industries, and transferred the amount.

“After Manoj realised that he was neither getting medicines nor any response from the person communicating with him after transferring the money, he lodged a complaint with the cyber police at Tuticorin.

“Based on the instructions of senior police officials, a special team was formed to investigate the case and the team found that Ndubuisi was responsible for the fake advertisement on WhatsApp, and had cheated Manoj via fake emails and Whatsapp numbers.

“Following investigations, Ndubuisi was arrested at his house at Ulwe Node in Navi Mumbai around 2:00 a.m. on December 29, 2022. The police seized a laptop and three mobile phones from Ndubuisi upon his arrest.”

US disowns South Korean president, says no there are talks for joint nuclear exercises