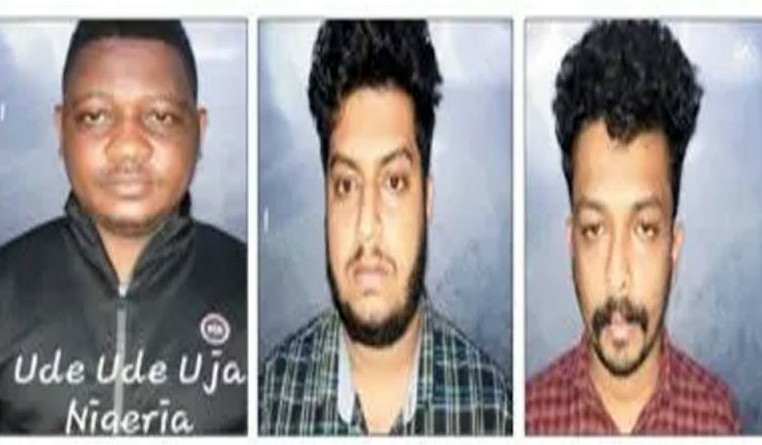 Police operatives in India have arrested three suspected drug peddlers, including a Nigerian in the city of Bengaluru.

The suspects were caught by police officers from the Central Crime Branch with 100 grams of MDMA drug worth Rs 5 lakhs (N2, 587,427.40) on Thursday.

According to the police, the trio were arrested when they were trying to sell the drug at Balaji layout near Kattigenahalli, Yelahanda.

“One car, one bike, three mobile phones, and cash were seized from the suspects,” the police said.

Penalties for a drug-related offence in India is based on the quantity of the substance found in possession of the suspects.

Where the contravention involves a small quantity of drug (less than 1 kilogramme), a prison term of six months or a fine of ₹10,000 or both are imposed.

For a drug crime that involves quantity lesser than commercial quantity but greater than small quantity, a 10 years prison term and fine which may extend to ₹1 lakh are slammed on the offenders.

A drug deal in commercial quantity attracts prison term which may extend to 20 years and a fine of ₹2 lakh.