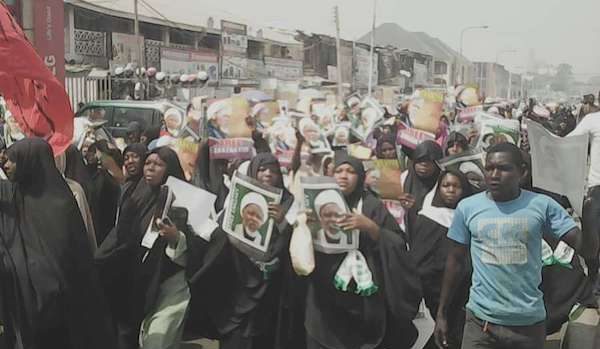 Police operatives in the Federal Capital Territory (FCT) on Monday arrested six members of the proscribed Islamic Movement of Nigeria (IMN) in Abuja for alleged involvement in a violent protest.

The spokesperson for the FCT Police Command, Mariam Yusuf, who disclosed this in a statement on Tuesday, said the Shiites members destroyed public property and attacked innocent citizens including police officers with stones and other dangerous objects.

The statement read: “The FCT Police Command on Monday, 25th January, 2021 has successfully restored calm in the Central Business District after professionally dispersing a violent protest by some members of the proscribed Islamic Movement of Nigeria (IMN)-Shiites.

READ ALSO: Shiites accuse policemen of shooting 3 of its members dead in Kaduna

“Unfortunately, the members of the disbanded sect went on rampage destroying public property and attacking innocent citizens including police officers with stones and other dangerous objects. Consequently, six members of the proscribed sect have been arrested and will be arraigned in court upon conclusion of the investigation.”

“In view of the above, the Commissioner of Police CP. Bala Ciroma wishes to reiterate that the command will not condone any form of attack on its personnel, equipment or other public property, as all culpable persons will face the full wrath of the law.

“While appealing to residents to remain calm and law-abiding, the command wishes to reassure residents of its unwavering commitment to the protection of lives and property within the FCT.”