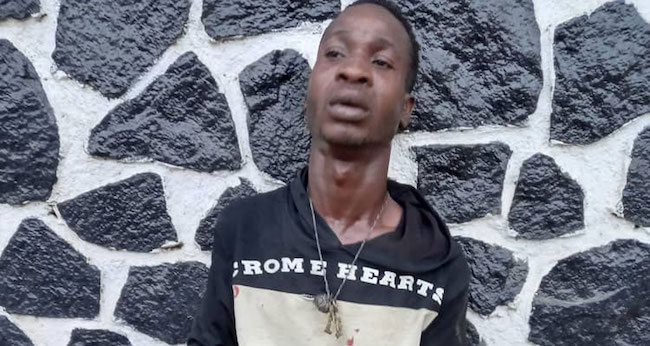 The Police operatives in Lagos have arrested a suspected cultist, Rasheed Isiaka, who has been terrorising residents of the Ikorodu area of the state.

The spokesman of the state police command, Olumuyiwa Adejobi, who disclosed this in a statement issued on Friday, said the suspect was arrested by police operatives attached to Sagamu Road Division on Thursday.

He said Isiaka was placed under surveillance after police gathered intelligence on his criminal activities.

He said: “Items recovered from him after his arrest include two locally-made pistols, one laptop, two suspected stolen Bajaj motorcycles, two knives, and some assorted charms.”