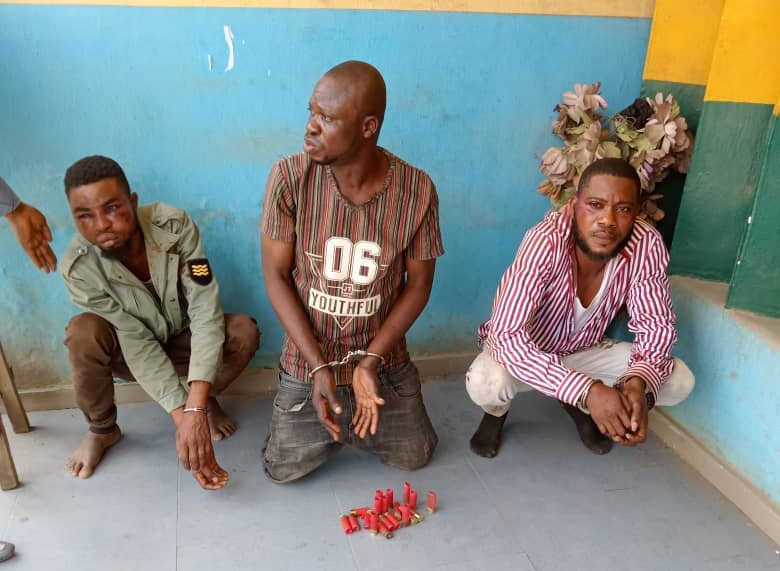 The spokesman of the state police command, Abimbola Oyeyemi, who disclosed this in a statement on Wednesday in Abeokuta, said the suspects were arrested in Jegede community on Monday.

He said the arrest followed a distress call received by the policemen at Agbara Division that armed hoodlums had invaded the village and shooting sporadically.

Oyeyemi said: “Upon the distress call, the DPO of Agbara division, SP Saleh Dahiru, led his men to the scene where six men who have been shot by the hoodlums were rescued and taken to the nearest hospital for treatment.

“Three of the hoodlums were apprehended while others escaped.

“The police also recovered six live cartridges and fourteen expended cartridges from the hoodlums,” he said.

“The state Commissioner of Police, Lanre Bankole, had directed that the suspects be transferred to the State Criminal Investigation and Intelligence Department for discreet investigation.

“The CP has warned land grabbers to steer clear of the state as their violent activities will not be tolerated by the command under his watch.”