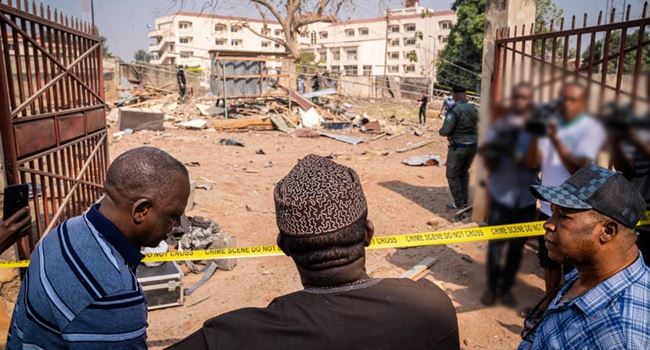 There were no casualties but the impact caused some damages to some government offices in the vicinity of the explosion.

The building housing the Explosives Ordinance Department (EOD) of the Nigeria Police Force, within the old secretariat of the Ekiti State Government, came to the ground in the early hours of Saturday, when explosives kept in the building triggered off.

The explosion, which occurred at about 7.05am, reduced the building to rubbles while windows of government buildings close by were shattered, causing panic in Ado Ekiti, the state capital.

Read also: No one can Islamise or Christianize Nigeria —Sultan of Sokoto

While inspecting the site of the blast, the state Commissioner of Police, Asuquo Amba, said he suspected that the explosion was caused by counter-terrorism accessories kept in the office.

“Let my men from anti-bomb department check around. Officers of the anti-bomb are combing the place as you can see,” he said.