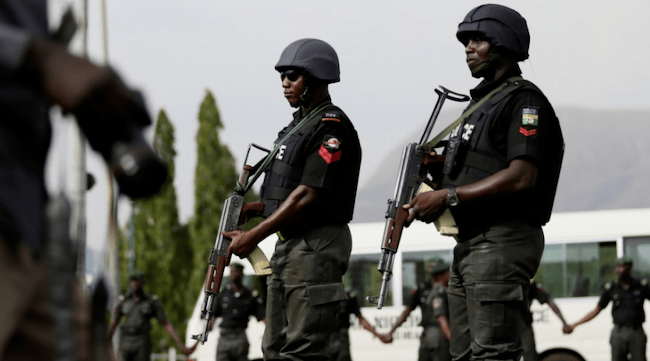 The Imo State Police Command has confirmed the attack on the country home of a lawmaker representing Orsu constituency in the Imo House of Assembly, Ekene Nnodimele.

The Commissioner of Police in the State, Abutu Yaro, confirmed the incident to newsmen in Owerri on Wednesday.

According to him, the attack which took place at about 1.00 am on Wednesday also had a security guard on duty in the compound beheaded.

He said an investigation was ongoing to unravel the perpetrators and the reason for the attack and bring them to book.

“We can confirm that there was an attack on the country home of Nnodimele, resulting in the death of a security guard on duty who appeared to have been beheaded.

“Also, the country home of the immediate past Attorney General of the state, Cyprian Akaolisa, was also attacked and investigation is also ongoing,” Yaro said.

Also, speaking to newsmen in his hometown, Obibi, Awo Idemili community, Orsu Local Government Area of the state, Nnodimele confirmed the death of his security guard.

Nnodimele said the guard, who is a staff of a private security firm met his death when he tried to resist the armed hoodlums.

He expressed shock over the incident, saying his constituents were neither violent nor rancorous.

However, he called on security operatives to beef up the security of lives and property in the LGA and unravel circumstances surrounding the attack.

“It was very shocking news to me because my aged parents were there. It is not in our culture to take or end life arbitrarily so I believe it is the handiwork of foreign mercenaries and I leave everything to Almighty God.

“My security man was not just killed but was beheaded. I call on security operatives to strengthen security in Orsu LGA and ensure that lives and property are protected,” he said.

Furthermore, he pledged continued support for the state government while urging his constituents to remain law-abiding and cooperate with law enforcement agencies to return peace to the area.