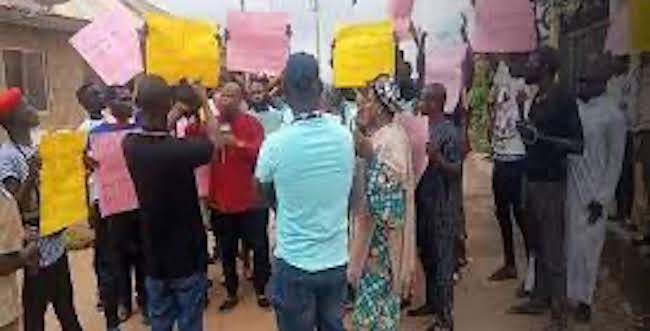 The group which comprised mostly of youths was protesting the Monday night’s arrest of the Yoruba Nation agitator in Cotonou, Benin Republic.

The protesters marched to Soka Bus Stop along the Lagos-Ibadan Expressway and chanted solidarity songs to demand the release of the activist.

They also asked Yoruba leaders and the international community to demand Igboho’s release.

The policemen later came to the area in four patrol vans and stationed themselves at strategic positions at the location.

A resident of the area told journalists the protest started at 1.50 pm.

He added that the policemen arrived at the area a few minutes after the protest started, shot in the air, and chased away the protesters.