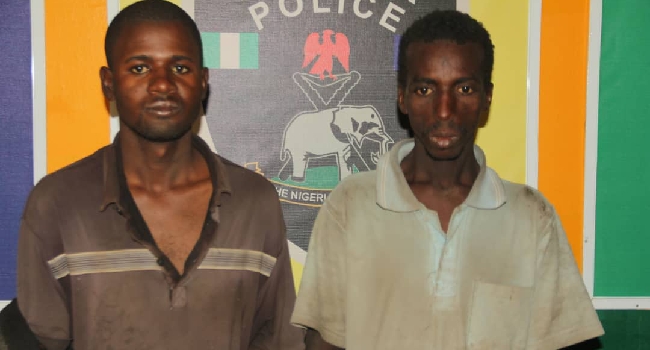 The Bauchi State Police Command during a Joint Operation in the forests of Alkaleri LGA during killed three suspected kidnappers were neutralized while others escaped with gunshot wounds.

According to a statement from the Command PPRO, SP Ahmed Wakili, on the eve of the new year 2023, the Operatives attached to the Command in conjunction with other sister security agencies raided the kidnappers’ hideouts at Dajin Madam and Yankari Reserve forests.

He revealed that during the operation, several bandits were neutralized and dislodged from their enclaves, while the remaining ran in disarray into the deep forest with possible bullet wounds.

In the same vein, the troops sustained patrol and clearance operations around the thick forests to arrest the fleeing suspects, consequently, 2 Ak47 rifles were recovered during the operation.

In another development, two suspects were arrested on the 27th of December, 2022 at about 1600hrs by the Operatives attached to the Command Anti-Kidnapping unit Base 4, following credible intelligence available.

The suspect Adamu Mohammed, 33 years was arrested alongside his accomplice, Datti Alh. Bulama (AKA Dattuwa) 35 years all of Maimadi ward via Pali district.

Police claim the principal suspect (Adamu Muhammad) confessed to having participated in kidnapping activities in Kaltanga village where they allegedly kidnapped four people and camped them at Yankari Forest for about five days until the sum of N20,000,000 was paid as ransom, out of which, the sum of N30,000 was given to him as his share of the proceed of the crime.

The police image maker in the state furtjer stated that investigation was in progress after which the suspects will be charged to court for prosecution.

W the stage Commissioner of Police, Aminu Alhassan reiterated the readiness of the Command to synergistically operate with other sister security agencies towards improving the security disposition of the State.

He equally called on the members of the public to always inform the command of the whereabouts of criminal merchants and their hideouts, especially those on the run with suspected bullet wounds to report to the nearest Police Station.

Killer of Lagos lawyer, Vandi, not a drunk, must be spiritual issue —Police spokesman, Adejobi (Video)