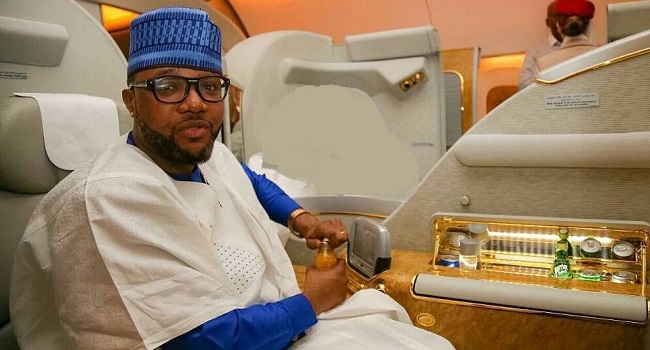 Reports say the 5 Star Music head arrived at the Police Headquarters Annex, Kam Salem, Obalende, Ikoyi, around 1pm on Tuesday and was subsequently grilled for about six hours by the Inspector-General of Police, Monitoring Department.

“E-Money visited the Force HQ annex today and met with police detectives and was grilled for about six hours. He came along with two others and responded to many questions. Somebody took his bail and he was allowed to leave and return on Wednesday for more questioning,” a source told newsmen.

READ ALSO: E-Money switches to face saving mode, says his degree not from UNILAG as he earlier claimed

The withdrawal of the escorts attached to E-Money was confirmed on Tuesday by the Police Public Relations Officer, Bala Elkana who alleged that the police officers were reduced to carrying umbrellas, handbags and even doing other menial jobs for E-Money and his household.

According to Elkana, IGP Adamu Mohammed reportedly directed the Lagos Police Command to withdraw the escorts attached to E-Money who is the brother to musician, Kingsley Okonkwo aka K-Cee, for carrying out domestic errands on his behalf.