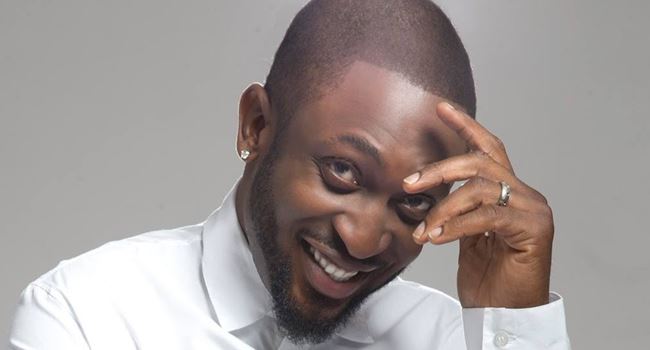 The last has certainly not been heard concerning the raunchy photos shared by Kannywood actress, Rahama Sadau which recently triggered blasphemous comments on social media.

Celebrity Gist can confirm that the actress is allegedly under police investigation as she was forced to shelve a trip to Dubai on Saturday and made a detour to Kaduna to honour an invitation by the Nigeria Police Force.

Reports say that would have been arrested in Abuja but for the intervention of a senior police officer, who prevailed on his colleagues to allow her to submit herself for questioning in Kaduna.

A letter signed by the Principal Staff Officer to the IGP and addressed to the Kaduna State Police Commissioner, directed the CP to take proactive measures to prevent breach of peace over the blasphemous comments made after Rahama shared the racy photos online.

“I am to convey the directive of the Inspector General of Police that you treat proactively with a view to ensuring that the development does not result in any act that could threaten public peace and security.

“The Inspector General of Police further directs that you furnish him with updates, accordingly,” the letter read in part.

Veteran reggae musician, Evi-Edna Ogholi, has revealed that she is back for good as she is set to return to the music industry after taking a long break from the scene.

We can confirm that the Delta State born musician has just completed work on an eight track Extended Play album titled, ‘Peace and Love’ which also features a remix of her hit song ‘Happy Birthday’.

Ogholi who was recently appointed as an ambassador of hope and peace to the Aid People Change Nigeria organisation also quipped that reggae music can be used to fight injustice.

Speaking during an interview on the backdrop of the #EndSARS protests she said; “Reggae is a genre of music that always has messages for the people. Reggae music is loved in the ghetto and highbrow areas. It can be used to fight against injustice and for equal rights. It is also for peace and love. Right now, Nigerian youths are fighting for justice, so reggae music is the answer.”

Stand-up comedian, Gbenga Adeyinka has taken stock of the year 2020 and is of the opinion that he would love to see the year end in a jiffy because it is a complete nightmare.

While reviewing 2020 and his career, the humour merchant lamented that entertainers including himself have lost a lot of money planning shows that had to be cancelled because of the Covid-19 pandemic.

According to him, the year started off well but from the month of March when the COVID lockdown started, it became a complete nightmare as everything grinded to a halt as sponsors pulled the plug on a lot of events forcing people to be creative online but it’s just not the same.

“Then came the protests and the nightmare started all over again. It is just a year I personally wish will end tomorrow,” Gbenga Adeyinka said.

Singer and songwriter, Darey Art Alade has been forced to stop promotion on his latest body of work, his EP titled ‘Way Home’ due to the #EndSARS protests.

He said that he had to stop promoting the seven-track EP released on Friday, October 9, as his team had to take a break to focus on nation-building and the emergency of police harassment in Nigeria.

The organisers of the annual Best of Nollywood (BON) awards scheduled to hold on December 5 in Ekiti have announced the hosts for this year’s pan-Nigeria Nollywood industry awards.

We can confirm that the pair of Tana Adelana and Debo ‘Macaroni’ Adebayo will be the hosts for the 2020 edition of BON awards which has taken Nollywood industry players and stakeholders alike on an annual excursion to different states in Nigeria to celebrate the industry and award deserving players for the year.

Speaking on the choice of the duo, Oloketuyi revealed that following careful deliberations by the BON Awards team, Tana Adelana, an exceptional actress who embodies the core attributes many in the industry look out for was unanimously selected.

“In addition, Debo Macaroni, popular on social media for his many satirical skits that touch on the core essence of who an artiste is was another popular choice seeing as he is one of the new brightest stars the industry can boast of,” Seun noted.

One of the top five housemates of the just concluded Big Brother Naija (BBN) reality TV show, Rebecca Nengi Hampson has been appointed as a Senior Special Assistant to the Governor of Bayelsa State, Duoye Diri.

TrickyTee and Nengi who was praised for her outstanding behaviour during her time in the reality TV show were hosted by the officials of the Bayelsa government on Friday, November 6.

While describing Nengi (second runner up of Big Brother Naija 202) as the de facto winner of the show, the governor called on girls from the state to realise that there was so much they can achieve from various facets of life.