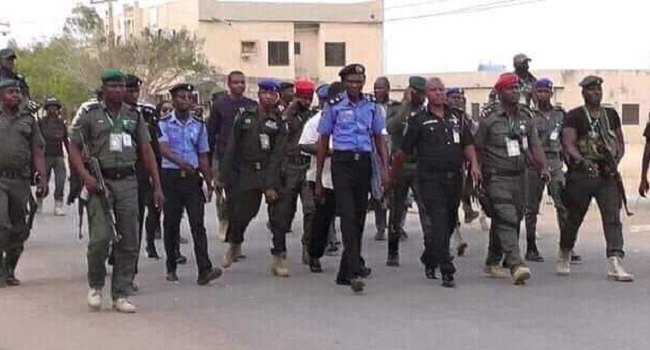 Operation Puff Adder, an ongoing exercise in some states to flush out bandits and kidnappers, has been inaugurated in Kogi State.

The operation was launched in Kogi State, which has always witnessed activities of armed herdsmen, kidnappers and bandits on Monday.

Inaugurating the exercise, the Assistant Inspector-General of Police (AIG 8), Moses Jitoboh, urged stakeholders in the state to join hands with the police to make sure the operation succeeds.

He said the support of the stakeholders is essential as the operation, by its design, depends on the people in various communities to achieve its set goals.

He noted that criminal elements that carry out incessant acts of banditry and kidnapping live among the people, and that it was important the people report them to security agents for proper action.

He, therefore, beckoned on traditional rulers and leaders of the socio-cultural groups in the state to be ready to work with the police, by volunteering useful information about criminals and their hideouts.

According to him, the officers and men of the operation had been ordered to pursue and fish out criminals from the bush and other hideouts.

Speaking on the development, the state Commissioner of Police, Hakeem Busari, said a 340-man squad had been deployed for the operation.

He said the efforts of the squad would be complemented by more officers and men from the command.

Ohimege of Koton Karfe, Alhaji Isah Koto, who spoke on behalf of traditional rulers and community leaders, assured the support of his colleagues to ensure the success of ” Operation Puff Adder.”