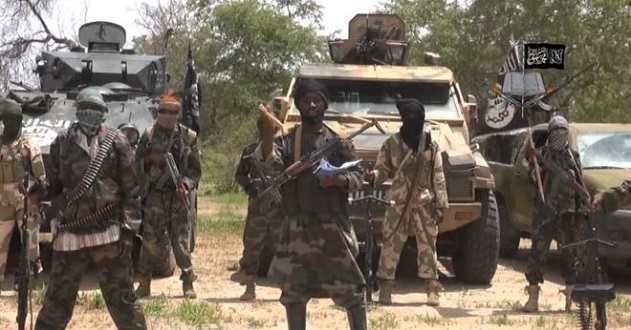 A group of eagle eyed men of the Inspector-General of Police Intelligence Response Team have reportedly arrested a Boko Haram leader simply identified as Umar in Lagos.

His arrest was made public by a member of the team who broke the news on social media platform Instagram.

According to the post by the team member, Umar was the most wanted leader of the insurgents, who was one of the masterminds behind the Kuje and Nyanya bombings in Abuja in the year 2015.

He said, “Umar is the most deadly and most wanted Boko Haram leader in Abuja, and the mastermind of the Kuje and Nyanya Abuja bombings of 2015, gang leader of Galadimawa Roundabout attack in which seven police officers were killed; Lugbe police officers killer; Gwagwalada area police killings, all in Abuja; overall commander of Edo and Ondo states multiple bank robberies, several killings in the Okene area of Kogi.

“He was the grand commander of the jailbreak of the prison in Niger State early this year, during which he lost one of his eyes, while over 100 prisoners escaped.

“The most wanted suspect was arrested by a special IRT team in Lagos today (Thursday) after he escaped with bullet wounds from Abuja three weeks ago when the IRT team arrested four of his gang members and recovered four AK-47 rifles and hundreds of ammunition. Today is one of the happiest moments of my life,” he wrote in the post.

The arrest of the Boko Haram leader was also confirmed by Jimoh Moshood, the force spokesperson who said; “I am aware of some arrests made by the team. He is in police custody.”