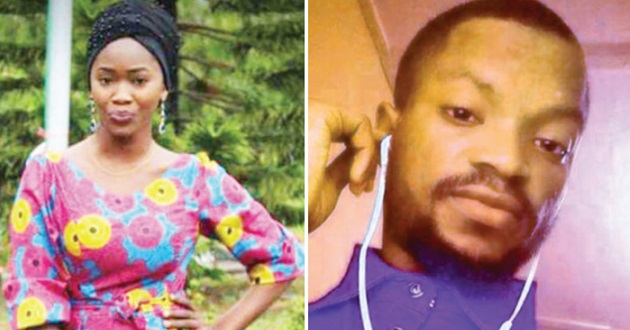 Men of the Ondo State Police Command are on the hunt for two more suspects who were involved in the murder of the daughter of former Ondo state deputy governor Alhaji Lasisi Oluboyo.

According to the Police Public Relations Officer, Mr Femi Joseph, the prime suspect Adeyemi had in his confessional statement revealed that two others joined him in killing his girlfriend Khadijat, a 400-level student of the Adekunle Ajasin University, Akungba, Akoko.

The state PPRO said the other two suspects are now on the run after murdering the victim whose remains were found in a shallow grave in the room of Adeyemi.

Read also: I have no regrets, I went into robbery to please my wife, suspect says

Joseph said, “The command received an information that Adeyemi, 27, who was Khadijat’s boyfriend, had allegedly killed her and was about to dispose of her corpse.

“The police immediately swooped on him and on close observation of his residence, it was discovered that the suspect had actually buried the girl, who had been missing for six days.

“He was actually planning to exhume the remains and finally dispose them of because, according to him, he was not comfortable with the stench coming from the decomposed body as it was not properly buried.”

Joseph also revealed that Adeyemi, who confessed to being a yahoo-yahoo boy (Internet fraudster) would soon be charged to court as a man hunt for the other two suspect continues.